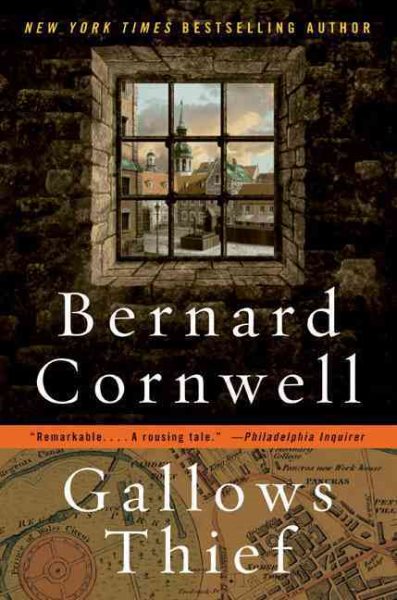 When Waterloo veteran Rider Sandman returns home to England from the war, he finds his country rife with corruption, social unrest, and a justice system that sends innocent people to the gallows and takes a job investigating the case of a painter sentenced to hang for a murder he did not commit. Reprint. 20,000 first printing. Read More
The year is 1820. Rider Sandman, a hero of Waterloo, returns to London to wed his fiancée. But instead of settling down to fame and glory, he finds himself penniless in a country where high unemployment and social unrest rage, and where men—innocent or guilty—are hanged for the merest of crimes.When he's offered a job as private investigator to re-open the case of a painter due to be hanged for a murder he didn't commit, Sandman readily accepts—as much for the money as for a chance to see justice done in a country gone to ruins.Soon, however, he's mired in a grisly murder plot that keeps thickening. Sandman makes his way through gentlemen's clubs and shady taverns, aristocratic mansions, and fashionable painters' studios determined to rescue the innocent young man from the rope. But someone doesn't want the truth revealed. Read Less