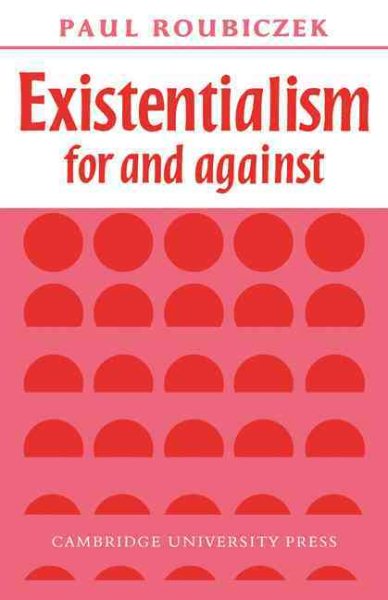 Both an introduction to the Existentialist school of philosophy and a critique of it. Read More
Neither science nor a philosophy which aims at an entirely objective approach can deal with our personal experience. Value-judgements, for instance, presuppose freedom of choice and if responsible actions are to be based on them, man must be free to act according to his decisions. There is clearly an urgent need for a philosophy which can be lived; and it is as a philosophy of this kind that Existentialism exists. In this book Roubiczek confronts the prevalent 'objective' method with the 'subjective' and attempts a proper balance between the objective and the personal, the scientific and the ethical. Concentrating on the valuable aspects of Existentialism, he looks for positive results which can be philosophically justified and, at the same time, accepted as a way of life. This approach leads both towards and beyond Existentialism, so that the book is both an introduction to this school of philosophy and a critique of it. Read Less

Goodreads reviews for Existentialism For and Against

Why People Don't Heal and How They Can

Chicken Soup for the Teenage Soul

Miracle in East Harlem: The Fight for Choice in Public Educa...