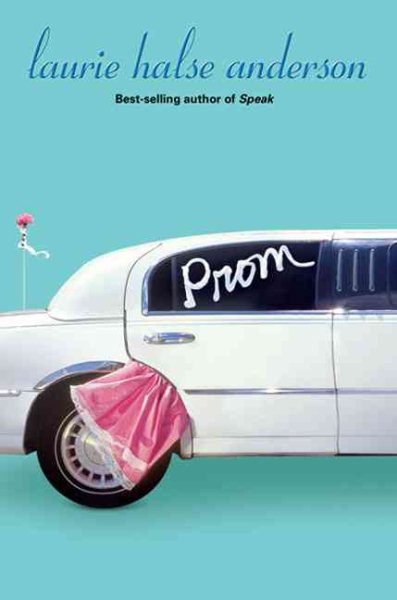 Eighteen-year-old Ash wants nothing to do with senior prom, but when disaster strikes and her desperate friend, Nat, needs her help to get it back on track, Ash's involvement transforms her life. Read More
High school senior Ashley Hannigan doesn't care about prom, but she's the exception. It's pretty much the only good thing at her urban Philadelphia high school, and everyone plans to make the most of it-especially Ash's best friend, Natalia, who's the head of the committee. Then the faculty advisor is busted for taking the prom money, and Ash suddenly finds herself roped into putting together a gala dance out of absolutely nada. But she has help-from her large and loving (if exasperating!) family, from Nat's eccentric grandmother, from her fellow classmates. And in putting the prom together, Ash learns that she has choices about her life after high school. Prom has everything that award-winning author Laurie Halse Anderson is known for-humor, poignancy, teen readers' tough issues dealt with head-on, and a voice teen readers will recognize as their own. Read Less

Chains (The Seeds of America Trilogy)