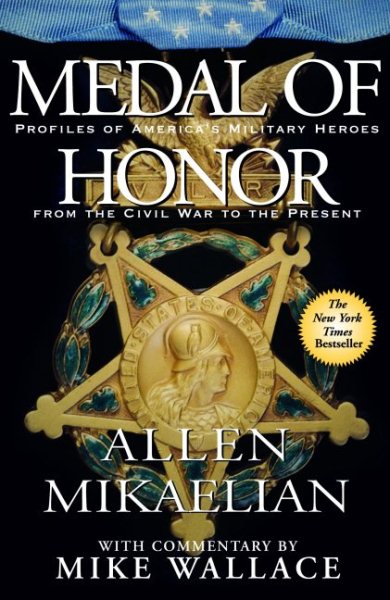 Profiles of ten exceptional men and one woman who have been awarded the Congressional Medal of Honor delve into the lives of these heroes who went above and beyond the call of duty, contemplating the true meaning of courage. Read More
Medal of Honor portrays 11 recipients of this sacred U.S. military decoration, from the Civil War through the Vietnam War, and examines what drove them to go so far above and beyond the call of duty. Among the stories is an account of the life of the only woman ever to receive the medal; of an officer who staged a daring escape from a German POW camp in WWI; and of a soldier from the legendary WWII Japanese-American 442nd, who went on to earn the medal in the Korean War. The book tells not only of astonishing military actions but also, significantly, of the recipients' lives before and after their wartime experiences.In his moving commentary, acclaimed 60 Minutes reporter Mike Wallace places these actions in historical context and relates his own personal experiences in WWII and as a journalist covering recent wars. He also meditates on the meaning of courage and shows what we can all learn from these extraordinary individuals."The President may award, and present in the name of Congress, a medal of honor of appropriate design, with ribbons and appurtenances, to a person who, while a member of the Army, Navy, or Air Force distinguished himself conspicuously by gallantry and intrepidity at the risk of his life above and beyond the call of duty." --The United States Congress Read Less

Goodreads reviews for Medal of Honor: Profiles of America's Military Heroes from the Civil War to the Present

Heat and Light: Advice for the Next Generation of Journalist...

Between You and Me: A Memoir