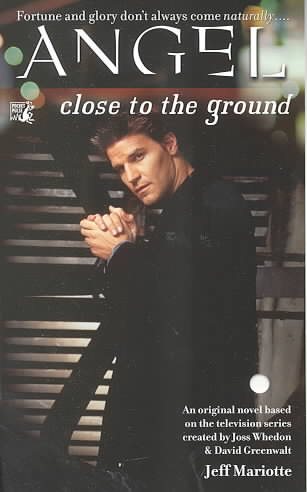 While guarding the spoiled daughter of a Hollywood studio head, Angel discovers that the girl is being pursued by an unidentifiable creature, trapping him in a supernatural struggle for power. Read More
Even if it takes an eternity, he will make amends...MORTAL WEAKNESSGreed. Fear. Anger. All, technically, human emotions. But Angel's a demon, not a saint, and he's not immune to human emotions. So when big-shot Hollywood studio head Jack Willitts offers him huge sums of cash in exchange for guarding his overprivileged daughter, Karinna, the Dark Avenger takes the gig. After all, as Cordy and Doyle point out eagerly -- there's rent to pay. And Willitts can certainly foot the bill.After accompanying Karinna to several trendy nightspots, Angel writes her off as a spoiled brat. Cordy thinks Angel's too personally involved in the case, but the situation is worse than they suspect. Karinna's in trouble and suddenly Angel and company are being pursued by an unidentifiable creature, bent on destroying everything between it and what it wants most in the world.Before long, Angel finds himself trapped within a supernatural struggle for power, fame...and immortality. Read Less

Goodreads reviews for Close to the Ground (Angel)