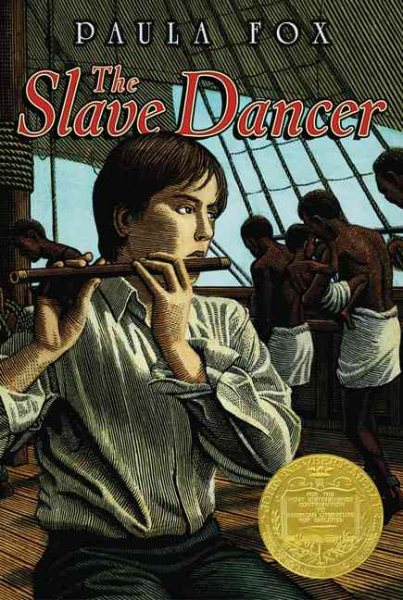 Kidnapped by the crew of an Africa-bound ship, a thirteen-year-old boy discovers to his horror that he is on a slaver and his job is to play music for the exercise periods of the human cargo. Read More
One day, thirteen-year-old jessie Bollier is earning pennies playing his fife on the docks of New Orleans; the next, he is kidnapped and thrown aboard a slave ship, where his job is to provide music while shackled slaves "dance" to keep their muscles strong and their bodies profitable. As the endless voyage continues, Jessie grows increasingly sickened by the greed, brutality, and inhumanity of the slave trade, but nothing prepares him for the ultimate horror he will witness before his nightmare ends -- a horror that will change his life forever. Read Less

Goodreads reviews for The Slave Dancer

how many miles to babylon?