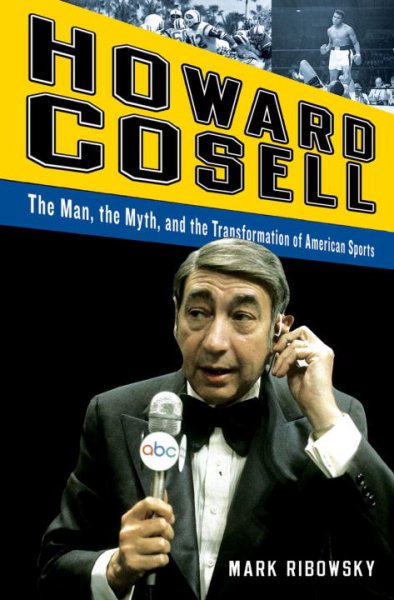 A deeply misunderstood sports legend, once the most hated and loved man in America, gets his due in this absorbing, revelatory biography. Read More
Howard Cosell was one of the most recognizable and controversial figures in American sports history. His colorful bombast, fearless reporting, and courageous stance on civil rights soon captured the attention of listeners everywhere. No mere jock turned "pretty-boy" broadcaster, the Brooklyn-born Cosell began as a lawyer before becoming a radio commentator. "Telling it like it is," he covered nearly every major sports story for three decades, from the travails of Muhammad Ali to the tragedy at Munich. Featuring a sprawling cast of athletes such as Jackie Robinson, Sonny Liston, Don Meredith, and Joe Namath, Howard Cosell also re-creates the behind-the-scenes story of that American institution, Monday Night Football. With more than forty interviews, Mark Ribowsky presents Cosell's life as part of an American panorama, examining racism, anti-Semitism, and alcoholism, among other sensitive themes. Cosell's endless complexities are brilliantly explored in this haunting work that reveals as much about the explosive commercialization of sports as it does about a much-neglected media giant. Read Less

Goodreads reviews for Howard Cosell: The Man, the Myth, and the Transformation of American Sports

In the Name of the Father: Family, Football, and the Manning...

Seat of Empire: The Political Role of Eighteenth-Century Wil...