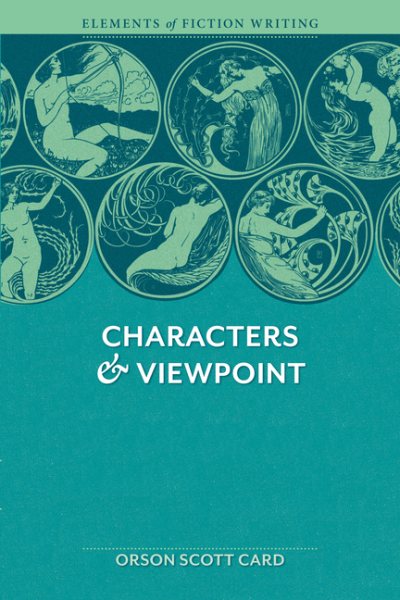 Card, an award winning science fiction novelist, offers a how-to manual for creating characters in one's own fiction. The text is separated into three parts, inventing characters, constructing characters, and performing characters which are further divided into more specific chapters. Card uses short example paragraphs throughout to explain techniques such as creating a comic character or unreliable narrator. A handful of illustrations show the different points of view. The budding fiction writer will find this text a useful jumping-off point for creating believable characters. Annotation ©2011 Book News, Inc., Portland, OR (booknews.com) Read More
Vivid and memorable characters aren't born: they have to be madeThis book is a set of tools: literary crowbars, chisels, mallets, pliers and tongs. Use them to pry, chip, yank and sift good characters out of the place where they live in your imagination.Award-winning author Orson Scott Card explains in depth the techniques of inventing, developing and presenting characters, plus handling viewpoint in novels and short stories. With specific examples, he spells out your narrative options&#151;the choices you'll make in creating fictional people so "real" that readers will feel they know them like members of their own families.You'll learn how to:   &apos; Draw characters from a variety of sources   &apos; Make characters show who they are by the things they do and say, and by their individual "style"   &apos; Develop characters readers will love&#151;or love to hate   &apos; Distinguish among major characters, minor characters and walk-ons, and develop each appropriately   &apos; Choose the most effective viewpoint to reveal the characters and move the storytelling   &apos; Decide how deeply you should explore your characters' thoughts, emotions, and attitudes Read Less

The Folk of the Fringe