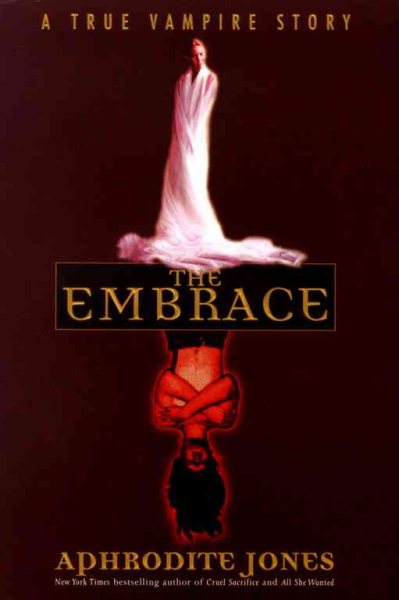 Examines the murders of Rick and Ruth Wendorf by Rod Ferrell, a high school classmate of the Wendorfs' daughter and the self-proclaimed leader of a teenage vampire cult, who killed the couple as part of a human sacrifice Read More
With an extraordinary talent for staring evil dead in the eye, New York Times bestselling author and journalist Aphrodite Jones plunges readers into the front lines of a modern nightmare: murderous youths. In her most explosive work yet, she delivers an all-too-real horror story of a growing cult among America's young. Far more than the report of an isolated crime, this is a chillingly true tale that begins with a belief in immortality and a popular vampire game -- and ends in brutal murder. On November 25, 1996, in the lakeside community of Eustis, Florida, Rick and Ruth Wendorf were savagely beaten to death with a tire iron in their home. The Wendorfs' new Ford Explorer was stolen, but this was no routine robbery gone bad. This was a crime carried out by one Roderick Ferrell, a sixteen-year-old self-avowed Antichrist. A crime designed to fulfill the mission of three of his fellow vampire cult members, this was a human sacrifice -- and a testament to the unique and sinister bond of four brainwashed youngsters. Fifteen-year-old Heather Wendorf was a straight "A" student at Eustis High. a petite blonde with a button nose and wide-set brown eyes. Only her closest peers knew that underneath Heather's wholesome girl-next-door looks, there lurked a person with an extremely morbid curiosity and a need for independence that stretched far beyond the parameters of conventional morality. Heather had been heard to wish her parents "off the face of the planet." She never dreamed that when she joined four friends for a joyride one fall evening in 1996, her wish had already come true. Heather had fallen prey to Rod Ferrell's "Dark Army," a band of teenaged vampire cultists who devoured the fiction of Anne Rice and The Vampire Bible, and engaged in role-playing games of mysticism, blood-drinking, and the occult, in the Gothic underground of America's heartland. Then they would take their games one step further. Revealing the private diaries of the principles, and including exclusive interviews with every living character involved in the case -- including Ferrell, who now sits on Death Row in Florida -- The Embrace is a shocking chronicle of dark horrors and darker motives. It is also a profoundly disturbing account of an expanding and malevolent cult of America's strays -- one that will forever change the way we took at one of the fastest-growing religious movements in the country, and its most vulnerable fold: our own children. Read Less

Goodreads reviews for The Embrace: A True Vampire Story

Can You See What I See?: Cool Collections: Picture Puzzles t...

Reluctant Saint: The Life of Francis of Assisi (Compass)