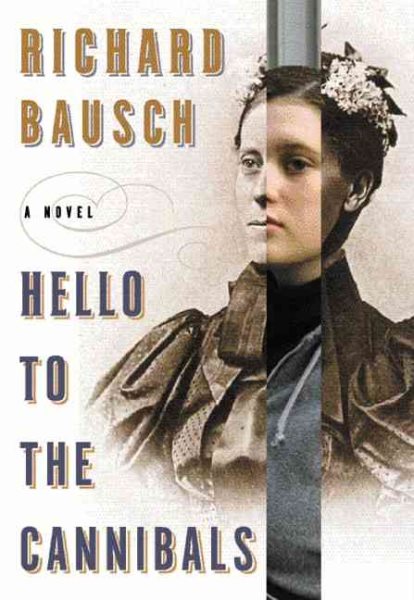 Pregnant, newly married, and living with her in-laws, Lily Austin writes a play about famed nineteenth-century British explorer Mary Kinglsey and finds inspiration in her subject's writings. Read More
"My heart stopped peacefully, its beating grew slow and weak, and then just -- stopped. I died young. There is, really, only a little to tell."And so ended, in 1900, the short but remarkable life of explorer and writer Mary Henrietta Kingsley, most of which was spent caring for her ailing mother, and attending to the business of her world-wandering father. But the moment she was unencumbered, she set out on her own journey of discovery. Blithely ignoring the narrowly circumscribed roles and rules for a young woman of her day, she traveled alone to West Africa, and went to places no European had ever been."Oh, silent friend, if you ever come to read this ... I am in Africa. Soon I will be walking inland, heading to places unknown."It is almost a hundred years later, on her fourteenth birthday, that Lily Austin first hears the name of Mary Kingsley, the only female face in a book full of male adventurers. That night, as an ice storm rages outside, something awful and unexpected befalls Lily; and this is why, as she matures into a young woman, it is to the writings of Kingsley that she returns again and again for solace and comfort -- which she finds, especially, in a secret cache of intimate letters Kingsley wrote to an unnamed woman in the distant future. Lily, the child of professional actors, begins to write a play about Kingsley."When they buried me at sea, off the coast of South Africa, the strangest thing happened. My coffin wouldn't sink. It floated away from the ship ... Imagine that. I was still sailing the seas, even in death. I was wandering away."On the surface, Lily Austin's life could not be more different from Mary Kingsley's. And yet, working on the play, she finds in her subject's wit and resourcefulness the inspiration -- the bravery -- she needs to navigate the complicated waters of intimacy and betrayal, kindness and love.A triumph of the imagination, Hello to the Cannibals is Richard Bausch's most dazzling and beautifully crafted novel to date. Read Less

Goodreads reviews for Hello to the Cannibals: A Novel

The Selected Stories of Richard Bausch

In the Night Season: A Novel