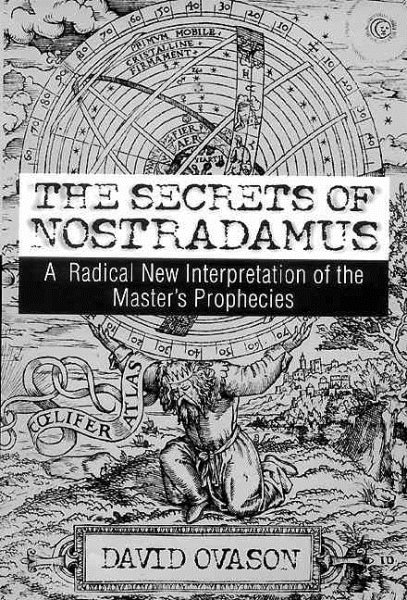 A new translation of Nostradamus's prophecies cracks the elusive "Green Code" that has vexed scholars for hundreds of years as it reveals the hidden secrets of the astrologer. Read More
Nostradamus is the most renowned clairvoyant in Western History. The prophecies, which he began to publish from 1555 onward, have become justly famous. In spite of this David Ovason argues that Nostradamus wrote his prophecies mainly in medieval French and Latin: however, he also incorporated into his texts a little-known alchemical code known as the Green Language, which few sholars have troubled to learn. David Ovason has studied this secret location, and the light of his discoveries has analyzed a large number of his Nostradamus prophecies. Ovason shows that Nostradamous, besides writing in the Green language, also made special use of astrological codes. This form of astrology was widespread in the sixteenth century, but is little understood in modern times. To ensure the accuracy of his translations of the prophecies, David Ovason reveals the astrological code used by Nostradamus. As a result of these new and far-reaching discoveries -- in both code of the Green Language and medieval astrology -- the prophecies emerge in a more exciting light than before. Reading Ovason's book, one gets the eerie sensation that Nostradamus must have actually witnessed the events he happened -- a true clairvoyant. Read Less

Goodreads reviews for The Secrets Of Nostradamus: A Radical New Interpretation of the Master's Prophecies

The Secret Symbols of the Dollar Bill: A Closer Look at the...

The Secrets of Nostradamus: A Radical New Interpretation of...