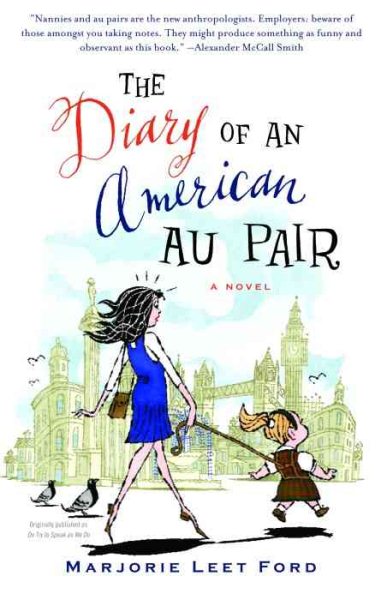 When Melissa loses her advertising job and calls off her wedding, she courageously changes her life by moving away from San Francisco and enduring culture shock after becoming an au pair in England. Read More
After losing her advertising job in San Francisco and canceling her wedding (though not her engagement) an unencumbered Melissa, who harbors grand illusions about life in England, heads off to a new job as au pair to the family of a Member of Parliament. But the minorly aristocratic Haig-Ereildouns’ household falls far short of Melissa’s imaginings. Mrs. Haig-Ereildoun refers to Melissa as "her American girl" with a mixture of pride and contempt, expects her to share the children’s bathwater and, most importantly, entreats Melissa to " try to speak as we do." Heaven forbid the children pick up an American accent!But then there is Nanny, the gloriously eccentric octogenarian who raised Mrs. H-E, who offers comfort, and much comic relief; nine-year-old Trevor, Melissa’s charge, whose wisdom and companionship redeem many a lonely day; and her budding friendship with a mysterious Englishman who is miles from her fiancé in every way. Melissa converses with Scotish fishermen, breakfasts with a French Minister of Culture, frequents island castles and sixteenth century manor houses, all the while straddling her ill-defined role (somewhere between houseguest and servant) with humor and grace. Melissa’s immersion in this unforgettable world teaches her more than she could possibly have imagined not only about the culture she has come to inhabit but, most importantly, about herself. Read Less

Goodreads reviews for The Diary of an American Au Pair: A Novel

Dreams and Inward Journeys: A Reader for Writers