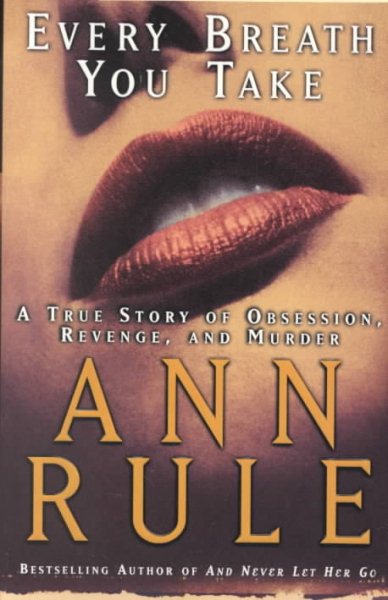 Chronicles a wealthy man's obsession with his ex-wife, a terrifying ordeal that eventually led to murder. Read More
If anything ever happens to me, promise me that you will see that there is an investigation....And find Ann Rule and ask her to write my story," Sheila Blackthorne Bellush told her sister after she divorced multimillionaire Allen Blackthorne. Now, in perhaps the first book ever written at a victim's request, America's Number One bestselling true-crime writer, Ann Rule, untangles a horrific web of lies that culminated in Sheila's savage murder more than ten years after she left Blackthorne. When beautiful, blond Sheila married the charming, handsome Blackthorne, she was convinced she had found her perfect soul mate, and helped him reach his goal of living the privileged life of the country club set. But behind Allen's smooth facade, she discovered a violent, controlling sociopath -- a liar, a scam artist, a sexual deviant. When she finally fled with their two young daughters, she was skeletally thin, bruised, and beaten. Although Sheila recovered, remarried, and was starting a new life and family, she still felt she was doomed. Joyously pregnant, she and her new husband expecting quadruplets, Sheila still feared Blackthorne, who had sworn to her he would monitor her every move and "every breath you take." And, in fact, Blackthorne inevitably tracked her down, as did her killer, who left her in a pool of blood marked by the tiny footprints of her two-year-old toddlers. The questions remained: Could the authorities ever link Sheila's murder to Blackthorne himself? Was his true obsession high-stakes golf and his extravagant pink mansion -- or was it to destroy Sheila? Following a trail of deception from Oregon and Hawaii to Texas and Florida, Ann Rule gained complete access to Sheila's family, friends, and neighbors, as well as to the detectives and prosecutors on the case. With Every Breath You Take, Ann Rule has written a heart-pounding account of obsession, revenge, and murder that will enthrall readers from beginning to end. Read Less

Goodreads reviews for Every Breath You Take: A True Story of Obsession, Revenge, and Murder