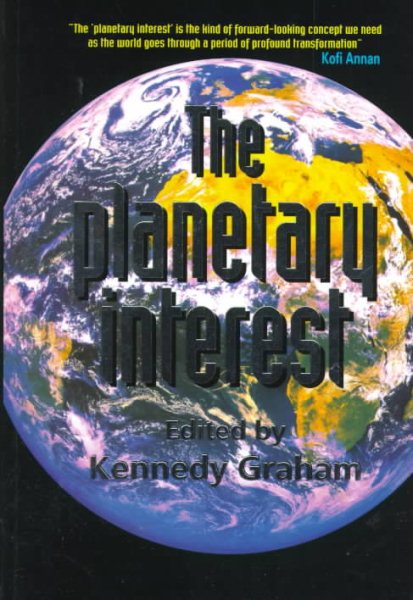 A group of international political figures discuss the development and promotion of a new paradigm of international problem-solving based on a foundation of joined planetary interest instead of atomized national interests. Annotation c. Book News, Inc., Portland, OR (booknews.com) Read More
The world is in a state of transition to a new age in which nation states are compelled to address certain problems of a global nature, problems that are beyond the capacity of any country, no matter how large and powerful, to solve. Some of these problems threaten the viability and integrity of the planet and place in jeopardy the well being of humanity and other species. In this book Kennedy Graham suggests that contemporary political and institutional arrangements for problem solving are not equipped to handle such problem and that the challenges of the 21st century demand new concepts and methods of decision making. He introduces and develops the idea of the planetary interest as a vital conceptual tool, allowing citizens and policy makers to better understand emerging global problems and respond with global solutions. The book includes contributions from twenty current or former politicians who discuss the particular global problems threatening their countries and consider ways in which recognition of the planetary interest can help them pursue a legitimate national interest. Read Less

Goodreads reviews for The Planetary Interest: A New Concept for the Global Age

The Misanthrope and Tartuffe

Crossing Over: The Stories Behind the Stories

The American Style of Foreign Policy: Cultural Politics and...