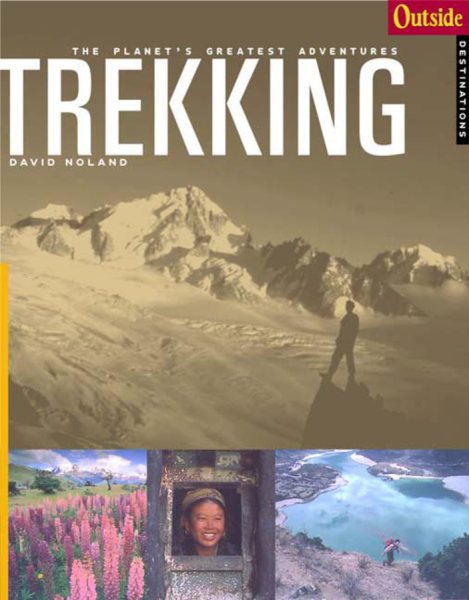 Outside Books introduces a unique series of international sport/travel guides: your favorite adventure sports, our top picks—worldwide—of where to pursue them. Read More
Follow in the footsteps of early twentieth-century explorers on twenty treks spanning six continents that range from Everest Base Camp to a pilgrimage across the Pyrenees. They include: the mysterious Ruwenzori mountains in the heart of Africa; five classic Himalayan tours, including the Annapurna Circuit and seldom-visited Snow Lake; an adventure to the Tekes River Valley in central Asia, country rarely seen by Westerners since the Soviets sealed off the region in the 1920s; sunset from the summit of Mount Kilimanjaro, Tanzania, the highest point in Africa; a hut-to-hut trek in Italy’s storied Dolomites; and a llama trek through the surreal redrock desert canyons of southern Utah’s Escalante. Read Less

Goodreads reviews for Outside Adventure Travel: Trekking (Outside Destinations)

Travels Along the Edge: 40 Ultimate Adventures for the Moder...