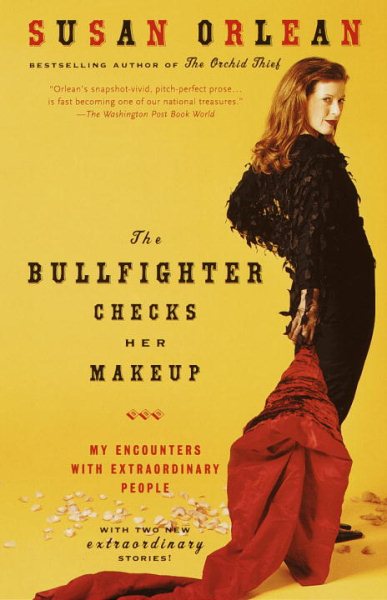 The author offers profiles of some of the colorful people she has encountered, from the first female Spanish matador to the African king who drives a New York City cab. Read More
The bestselling author of The Orchid Thief and The Library Book is back with this delightfully entertaining collection of her best and brightest profiles. Acclaimed New Yorker writer Susan Orlean brings her wry sensibility, exuberant voice, and peculiar curiosities to a fascinating range of subjects—from the well known (Bill Blass) to the unknown (a typical ten-year-old boy) to the formerly known (the 1960s girl group the Shaggs). Passionate people. Famous people. Short people. And one championship show dog named Biff, who from a certain angle looks a lot like Bill Clinton. Orlean transports us into the lives of eccentric and extraordinary characters—like Cristina Sánchez, the eponymous bullfighter, the first female matador of Spain—and writes with such insight and candor that readers will feel as if they’ve met each and every one of them. The result is a luminous and joyful tour of the human condition as seen through the eyes of the writer heralded by the Chicago Tribune as a “journalist dynamo.” Read Less

Goodreads reviews for The Bullfighter Checks Her Makeup: My Encounters with Extraordinary People

The Orchid Thief: A True Story of Beauty and Obsession (Ball...