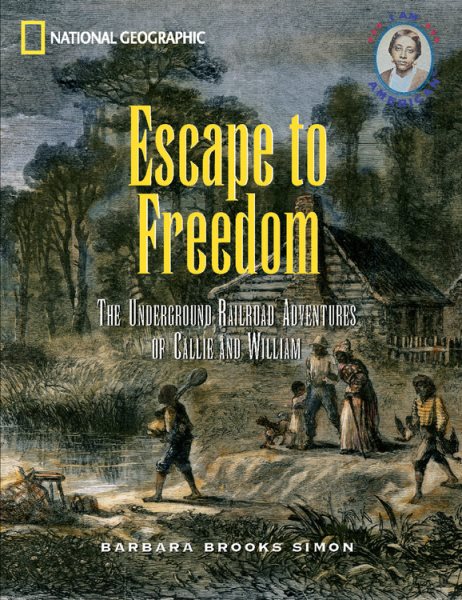 An account of two slaves who escaped from their masters in Kentucky and, aided by the people of the Underground Railroad, made their way to freedom in Canada. Read More
The year is 1858, and a 14-year old house servant named Callie and another young slave named William attempt a daring escape on the Underground Railroad. Traveling by night, these brave teens come across things they cannot believe, such as an African-American newspaper published by escaped slave Frederick Douglass, all the while amazingly avoiding capture.Barbara Brooks weaves fact-based oral histories of the fictional characters Callie and William with rich period photographs, maps, and/or illustrations on every page, that place the adventures squarely within the era. Read Less

Goodreads reviews for Escape to Freedom: The Underground Railroad Adventures of Callie and William (I Am American)

DK Biography Abraham Lincoln: A Photographic Story of a Life

You Are Not a Stranger Here: Stories