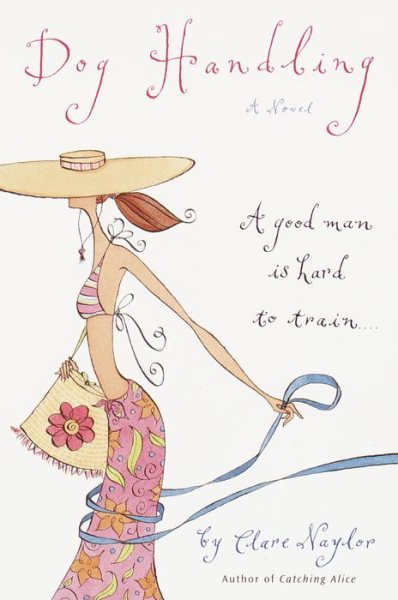 Stunned when her fiancT calls off their wedding, Liv Elliot embarks on a life-altering trip to Sydney, Australia, where she finds a new career and new romance, until a chance encounter with Ben Parker, with whom she had indulged in a brief summer fling, turns her life of upside down. Original. Read More
A hilarious and hip novel for every girl who’s been desperate to find a way into her dream-man’s heart–and discovered that love is more finicky than a Chihuahua in a Prada handbag.Yesterday, Liv Elliot had it all: a great flat in London’s Notting Hill, an actual career (okay, as an accountant), and a fiancé with whom she was only weeks away from wedded bliss. Every girl’s dream, right? But then Tim declared that the wedding was off–leaving Liv shell-shocked. Luckily, she’s got her best friend’s fab Australian beach house in which to recuperate. The restorative powers of the Sydney sun, sand, and sea soon have Liv feeling wonderfully careless, wanton, and reckless. Things really couldn’t get any more anti-accountant when she runs into old flame Ben Parker. It’s been years since they fooled around on their summer vacation, but Liv never forgot that genetically-blessed face. Raring to help her land beautiful Ben, Liv’s friends teach her the Rules of Dog Handling: Treat a man like a dog, and he’ll be eating out of your hand. But surely this can’t actually work? Liv is about to find out that it can–but she’s hardly prepared for the unexpected results. Read Less

The First Assistant: A Continuing Tale from Behind the Holly...

The Second Assistant: A Tale from the Bottom of the Hollywoo...

The First Assistant: A Continuing Tale from Behind the Holly...