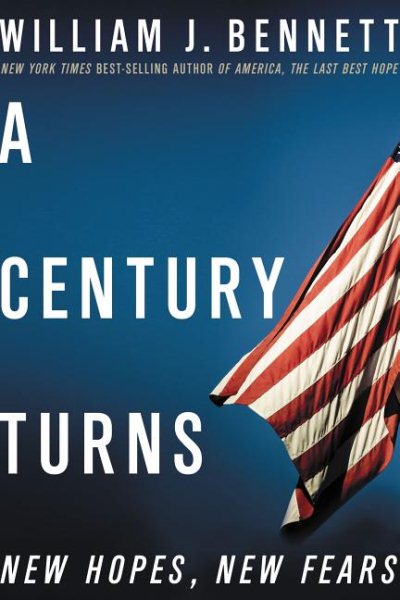 Examines American politics from 1988 to 2008, focusing on presidential elections, the fall of the Berlin Wall, the War on Terror, and financial patterns. Read More
In  A Century Turns, William J. Bennett explores America's recent and momentous history?the contentious election of 1988, the fall of the Berlin Wall and the collapse of global Communism, the presidency of William Jefferson Clinton, the technological and commercial boom of the 1990s, the war on terror, and the election of America's first black president.Surveying politics and pop culture, economics and technology, war and religion, Bennett pieces together the players, the personalities, the feats and the failures that transformed key moments in the American story. And he captures it all with piercing insight and unrelenting optimism. Read Less