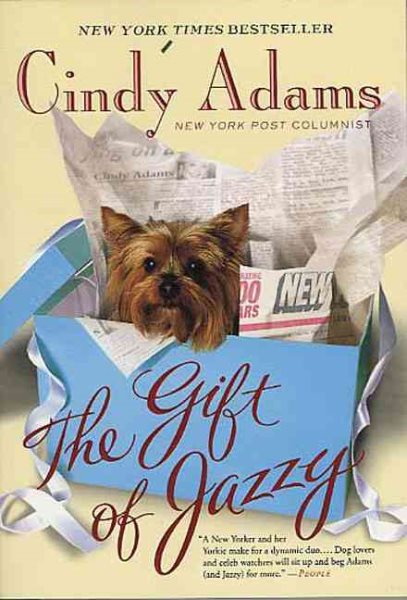 A syndicated columnist for "The New York Post" recounts how, after losing her husband, she received a Yorkshire terrier as a gift and despite her reservations was won over by the dog's irresistible personality. Read More
After New York Post columnist Cindy Adams lost her husband Joey to cancer, finding companionship again was the last thing on her mind. But one day, a visit from a friend brought just that, in the form Cindy least expected: a tiny dog. Cindy Adams brings her famous wit, smarts and taste for celebrity gossip to a wry and touching story of the bond between a dog and its unlikely owner. Read Less

Goodreads reviews for The Gift of Jazzy

Living a Dog's Life, Jazzy, Juicy, and Me

By Cardinal Mercier, Christian A. Herter

Omens of Millennium: The Gnosis of Angels, Dreams, and Resur...