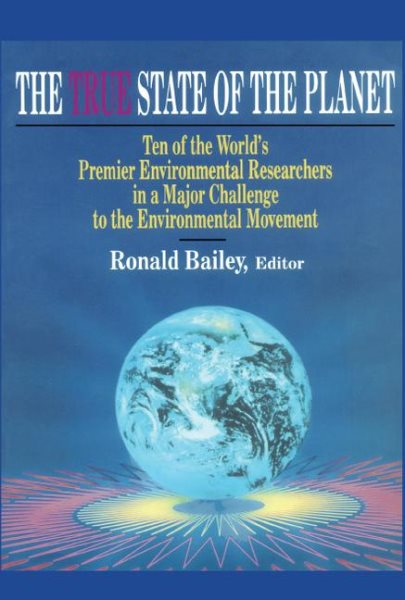 Challenges current "misconceptions" about global ecology, denounces popular environmental activists, and argues that such issues as overpopulation, deforestation, and global warming are nonthreatening Read More
In the 25 years since the first Earth Day in 1970, the environmental movement has spawned a new generation of scientists asking vital questions about the true state and fate of the planet. But, surprisingly, some of their answers -- and even the questions themselves -- contradict the movement's deepest beliefs. Why are reserves of oil, precious metals, and other natural resources more plentiful than ever before? Why has the population growth of the twentieth century brought rising standards of living for nearly all? In The True State of the Planet ten premier scholars shatter the myths of overpopulation, food, global warming, and pesticides, while redirecting environmentalists' concerns to the far more urgent problems of fisheries, fresh water, and third-world pollution -- and the political causes behind them. Read Less

Goodreads reviews for True State of the Planet

Healing into Life and Death

Soul Signs: Harness the Power of Your Sun Sign and Become th...

The Third Millenium: A Novel