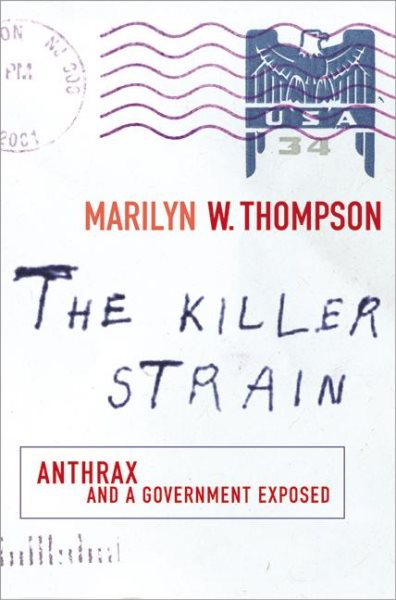 Chronicles the events of the U.S. mail anthrax attacks, discussing their related deaths and exposures in a survey of the federal government's ability to protect citizens from bioterrorist attacks. Read More
A lethal germ is unleashed in the U.S. mail. A chain of letters spreads terror from Florida to Washington, from New York to Connecticut, from the halls of the U.S. Congress to the assembly lines of the U.S. Postal Service. Five people die and ten thousand more line up for antibiotics to protect against exposure. A government already outsmarted by the terrorist hijackers of 9/11 stumbles, leaving workers vulnerable and a diabolical killer on the loose. The Killer Strain is the definitive account of the year in which bioterrorism became a reality in the United States, exposing failures in judgment and a flawed understanding of the anthrax bacteria's capacity to kill. With the pace and drama of fiction, this book goes behind the scenes to examine the confused, often bungled response by federal agencies to the anthrax attacks of 2001. It shows how the Bush administration's efforts to control information and downplay risk led to mistakes that ultimately cost two postal workers their lives.Based on hundreds of hours of interviews and a review of thousands of pages of government documents, The Killer Strain reveals unsung victims and heroes in the anthrax debacle. It also examines the FBI's slow-paced investigation into the crimes and the unprecedented scientific challenges posed by the case. It looks into the coincidences of timing and geography that spurred the FBI's scrutiny of Dr. Steven J. Hatfill, a key "person of interest" for the authorities. Hatfill, a medical researcher turned "bioterror expert," proclaimed his innocence but spent most of 2002 under round-the-clock FBI surveillance. The Killer Strain is more than a thrilling read. It is a clarion wake-up call. It shows how billions of dollarsspent and a decade of elaborate bioterror dress rehearsals meant nothing in the face of a real attack. Read Less

Goodreads reviews for The Killer Strain: Anthrax and a Government Exposed

Feeding the Beast: How Wedtech Became the Most Corrupt Littl...