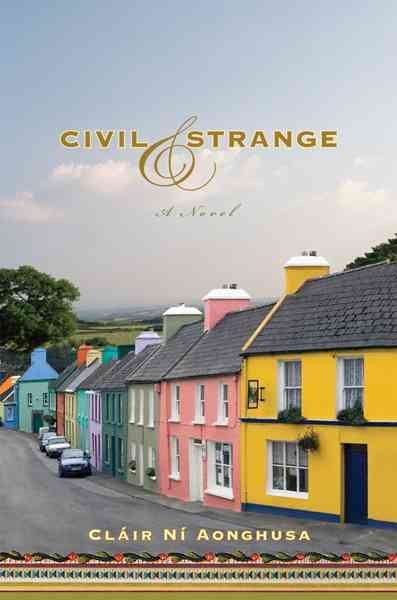 Tells the story of three very different people in modern-day Ireland, each confronting a crossroad in life--thirty-eight-year-old Ellen, escaping a failed marriage and Dublin to recapture her magical youth in Ballindoon; her uncle Matt, a local farmer; and Beatrice, a widow recovering from the suicide of her elder son. Read More
Finely observed and utterly transporting, Cláir Ní Aonghusa’s debut takes us inside a vibrant rural Ireland — and three interconnected lives — on the cusp of change.Eager to escape her failed marriage, Ellen hopes to recapture the magic of her childhood summers when she decides to leave Dublin for the small village of Ballindoon. She is surprised when her uncle Matt, a nearby farmer, welcomes her with the rather mystifying advice to play it “civil and strange,” a local expression meaning “be polite on the surface but keep your distance” — and even more surprised to find herself attracting the attentions of a younger man. But when the two of them are spotted together and Ellen becomes the focus of her fellow villagers’ gossip and judgment, Matt’s words resonate in a new way. Ellen realizes how little she understands about life in Ballindoon, leading her to question not only her choices, but herself. Meanwhile, she grows closer to Matt and to his friend Beatrice, a widow still troubled by her eldest child’s suicide, and begins to glimpse how the web of connection that defines village life can also be sustaining — which frees her to take a few risks of her own. To Ellen’s great wonder, as the events of this transformative, tumultuous year play out in all three of their lives, it becomes clear that even tradition-bound Ballindoon can allow for new beginnings. Anchored by the cadences of its Irish setting and the love story at its heart, Civil and Strange offers a moving exploration of the possibilities open to us, at any age, in any place, if only we are brave enough to embrace them. Read Less

Goodreads reviews for Civil and Strange