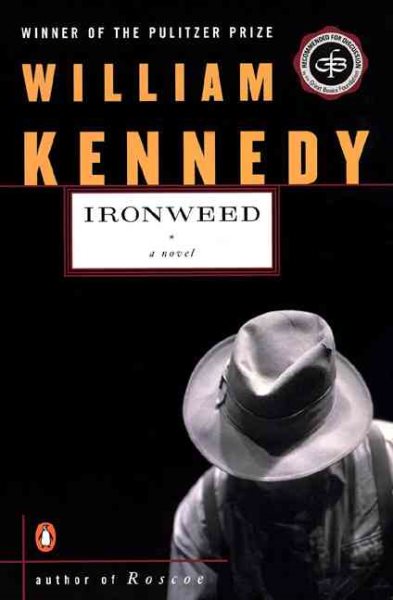 In 1938, Francis Phelan, a murderer, is reduced to flop houses and hobo jungles and returns to a depressed Albany, where--as a gravedigger--he shuffles his rag tag way to survival Read More
Winner of The Pulitzer Prize and the National Book Critics Circle Award for FictionIn this Pulitzer Prize-winning novel, the third in Kennedy's Albany cycle, Francis Phelan, ex-ballplayer, part-time gravedigger, and full-time bum with the gift of gab, has hit bottom. Years earlier he'd left Albany after he dropped his infant son accidentally, and the boy died.  Now, in 1938, Francis is back in town, roaming the old familiar streets with his hobo pal, Helen, trying to make peace with the ghosts of the past and present. Read Less

Goodreads reviews for Ironweed: A Novel