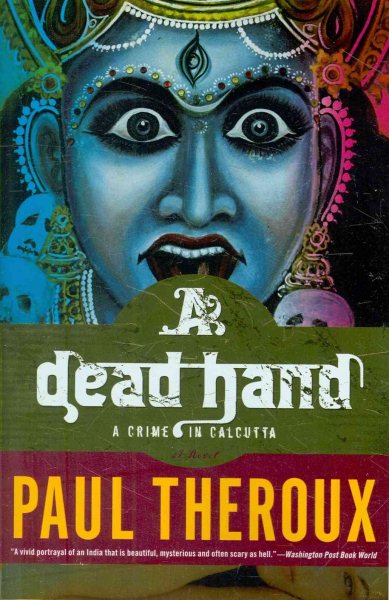 A new novel from the world's favorite travel writer and best-selling author of the novels The Mosquito Coast and The Elephanta Suite. Read More
When Jerry Delfont, an aimless travel writer with writer&apos;s block (his &apos;dead hand&apos;), receives a letter from an American philanthropist, Mrs. Merrill Unger, with news of a scandal involving an Indian friend of her son&apos;s, he is intrigued. Who is the dead boy, found on the floor of a cheap hotel room? How and why did he die? And what is Jerry to make of a patch of carpet, and a package containing a human hand? He is swiftly captivated by the beautiful, mysterious Mrs. Unger&apos;and revived by her tantric massages&apos;but the circumstances surrounding the dead boy cause him increasingly to doubt the woman&apos;s motives and the exact nature of her philanthropy. Without much to go on, Jerry pursues answers from the teeming streets of Calcutta to Uttar Pradesh. It is a dark and twisted trail of obsession and need. Beautifully written, A Dead Hand demonstrates the powerful evocation of place and character that has made Paul Theroux one of the most perceptive and engaging writers today. Read Less

Goodreads reviews for A Dead Hand: A Crime in Calcutta