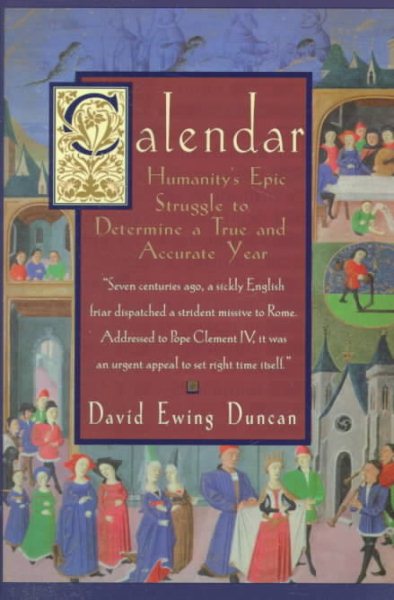 From Stonehenge to Mayan observatories to the atomic clock in Washington, an account of humankind's varied attempts to count the days and years follows the historical forces that have produced our calendar Read More
The adventure spans the world from Stonehenge to astronomically aligned pyramids at Giza, from Mayan observatories at Chichen Itza to the atomic clock in Washington, the world's official timekeeper since the 1960s. We visit cultures from Vedic India and Cleopatra's Egypt to Byzantium and the Elizabethan court; and meet an impressive cast of historic personages from Julius Caesar to Omar Khayyam, and giants of science from Galileo and Copernicus to Stephen Hawking. Our present calendar system predates the invention of the telescope, the mechanical clock, and the concept ol zero and its development is one of the great untold stories of science and history. How did Pope Gregory set right a calendar which was in error by at least ten lull days? What did time mean to a farmer on the Rhine in 800 A.D.? What was daily life like in the Middle Ages, when the general population reckoned births and marriages by seasons, wars, kings'' reigns, and saints' days? In short, how did the world Read Less

Hernando De Soto: A Savage Quest in the Americas