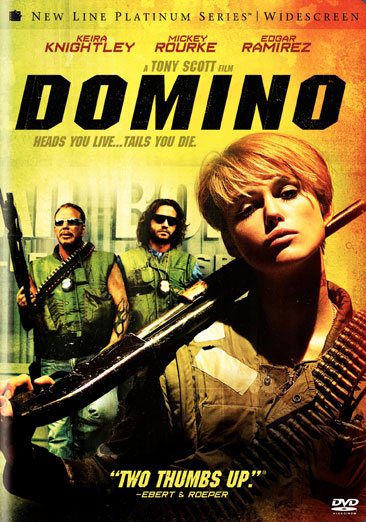 The story of Domino Harvey, a former model who gives up her life of privilege to become a bounty hunter. Read More
Domino Harvey was born into a life of wealth and privilege - a lifestyle that did not interest her. Even from her earliest years, Domino rebelled against convention and the jet set. At the tender age of eight, her beloved father passed away and her mother looked to the stability of boarding school in a misguided attempt to tame her wild child. Even the extraordinary excesses paraded before her during a brief stint at modeling paled in comparison to her own escapades. Not until she stumbled upon a job seminar recruiting aspiring bounty hunters was her thirst for excitement at long last quenched. To Sophie's horror, Domino not only fell in love with the job but also with her fellow adventurers, who over the years would become her family. Read Less