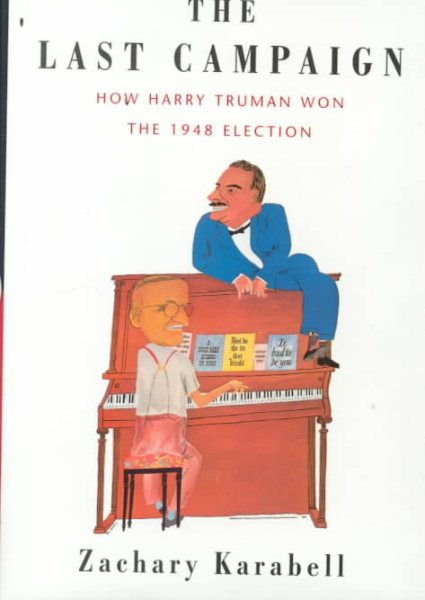 The author of The Third World and the Cold War focuses on the TrumanDewey campaign, analyzing the use of mass media to win voters and the rise of fringe parties on both ends of the political spectrum. 15,000 first printing. Read More
In the presidential campaign of 1948, Americans had a choice across the ideological spectrum, from the far Right to the far Left. This account tells the story of all four candidates' campaigns, and argues that this was the last time a presidential race was dominated by radio and print media, and the last time that progressive and Left points of view were debated and covered in the mainstream press. The author has taught at Harvard, the University of Massachusetts, and Dartmouth. His essays have appeared in newspapers and national publications. Annotation c. Book News, Inc., Portland, OR (booknews.com) Read Less

Goodreads reviews for The Last Campaign: How Harry Truman Won the 1948 Election

Parting the Desert: The Creation of the Suez Canal

The Last Campaign: How Harry Truman Won the 1948 Election

Parting the Desert: The Creation of the Suez Canal