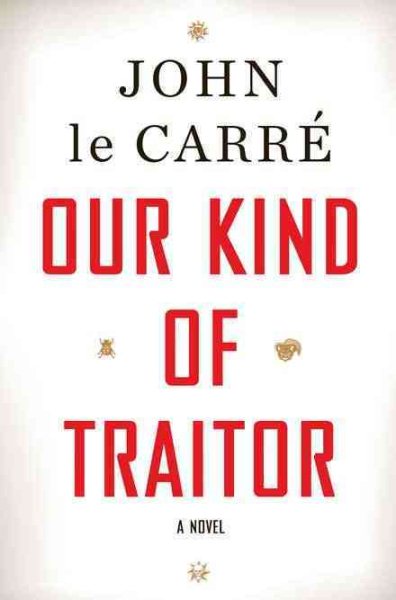 Vacationing at a posh tennis resort in Antigua, Perry and Gail are recruited by big-time Russian money launderer Dima to help him defect, an arrangement for which Dima promises to expose financial corruption but renders the hapless couple pawns in a deadly international scheme. Read More
Watch a video The unrivaled master of spy fiction returns with a taut and suspenseful tale of dirty money and dirtier politics. For nearly half a century, John le Carré's limitless imagination has enthralled millions of readers and moviegoers around the globe. From the cold war to the bitter fruits of colonialism to unrest in the Middle East, he has reinvented the spy novel again and again. Now, le Carré makes his Viking debut with a stunning tour-de- force that only a craftsman of his caliber could pen. As menacing and flawlessly paced as The Little Drummer Girl and as morally complex as The Constant Gardener, Our Kind of Traitor is signature le Carré. Perry and Gail are idealistic and very much in love when they splurge on a tennis vacation at a posh beach resort in Antigua. But the charm begins to pall when a big-time Russian money launderer enlists their help to defect. In exchange for amnesty, Dima is ready to rat out his vory (Russian criminal brotherhood) compatriots and expose corruption throughout the so-called legitimate financial and political worlds. Soon, the guileless couple find themselves pawns in a deadly endgame whose outcome will be determined by the victor of the British Secret Service's ruthless internecine battles. Read Less

Goodreads reviews for Our Kind of Traitor: A Novel