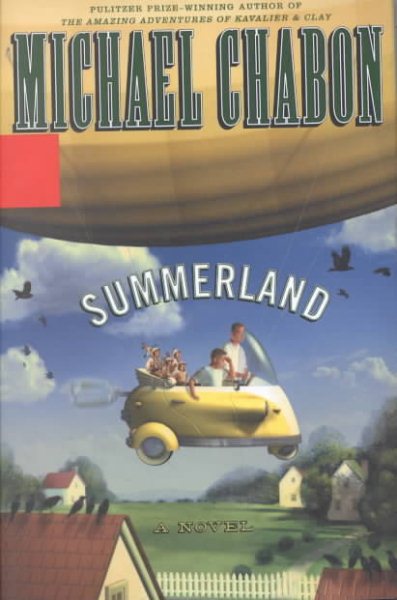 Ethan Feld, the worst baseball player in the history of the game, finds himself recruited by a 100-year-old scout to help a band of fairies triumph over an ancient enemy. Read More
For over a century, the people of Clam Island, Washington, have enjoyed barbecues and baseball games at Summerland, on the Western tip of the island, where it never rains. The small beings - known as ferishers - who ensure this perfect weather, however, are threatened by an ancient enemy, and need a hero - a baseball star, in fact - to vanquish their foe. Summerland is the story of Ethan Feld, the worst ball player in the history of the game, recruited by a hundred-year-old scout called Ringfinger Brown, himself a Negro League Legend. Accompanied by his determined friend, Jennifer T. Rideout, and guided by a friendly werefox, Ethan struggles to defeat giants, bat-winged goblins, and one of the toughest ballclubs in the realms of magic, to save all the Summerlands, and ultimately the world. Read Less

The Amazing Adventures of Kavalier & Clay