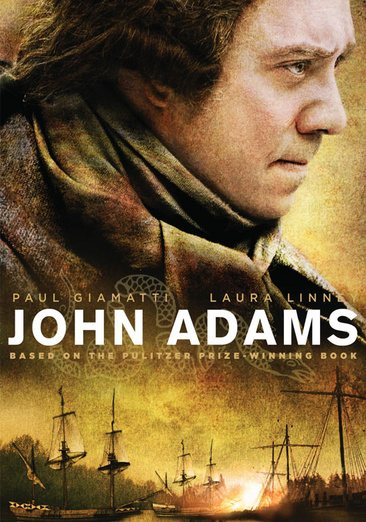 Chronicles the life and career of statesman Adams, from the Boston Massacre to his son's presidency. Read More
"John Adams is a sprawling HBO miniseries event that chronicles the extraordinary life journey of one of the primary shapers of our independence and government, whose legacy has often been eclipsed by more flamboyant contemporaries like George Washington, Thomas Jefferson, Alexander Hamilton and Benjamin Franklin. Set against the backdrop of a nation's stormy birth, this sweeping miniseries is a moving love story, a gripping narrative and a fascinating study of human nature. Above all, this story celebrates the shared values of liberty and freedom upon which this country was built." Read Less