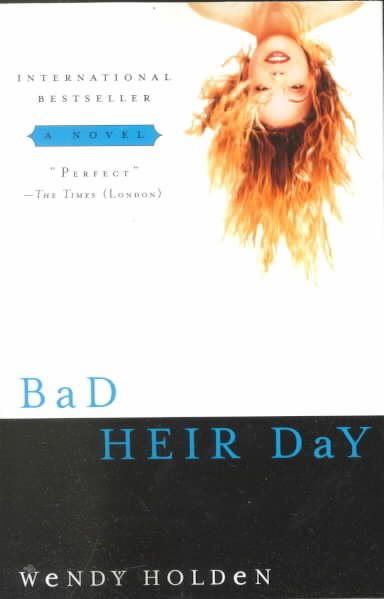 When her gorgeous and wealthy boyfriend asks her to move out, aspiring novelist Anna takes a job as a nanny for a family she considers horrible, and meets Jamie, a handsome heir to a Scottish castle who might be too good to be true. Read More
An aspiring novelist who's never going to be model-thin (the only men who stop her on the street are tourists asking directions), Anna is realistic about her romantic prospects. Most of the time. She should have seen it coming when Sebastian, her filthy-rich, drop-dead gorgeous boyfriend, asks her to move out, along with the only thing he ever gave her: an old beaver coat that's started to molt.Anna may have her pride, but she also has to eat. That's when she takes a job as a nanny to eight-year-old Zak in the palatial Kensingtom home of the Knights. Armed with a Hoover in one hand and Harry Potter in the other, Anna soon realizes that she's living with the family from hell. Cassandra, Zak's mother, is a tantrum-throwing romance novelist with a bad case of writer's block. Cassandra's husband, Jett, a onetime rock star who hasn't released anything (except his zipper) in years, is always lurking in dark, drafty hallways. As for little Zak, Anna's convinced he's a spawn of Satan. What's a woman to do? Why, meet a man, of course. His name is Jamie, and he's the dashing heir to a castle in Scotland. Anna can't believe her luck - he's got to be too good to be true. And she just may be right. Read Less

Goldie: A Lotus Grows in the Mud