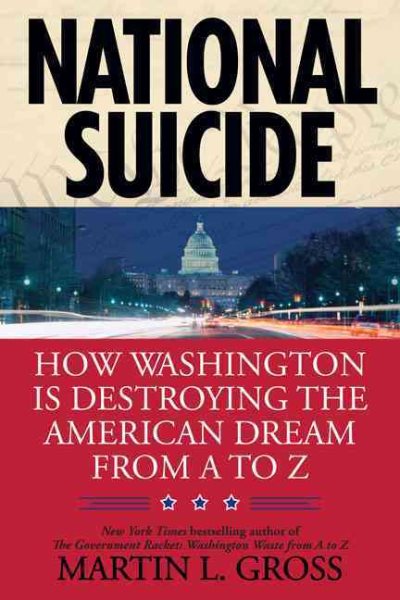 A journalist and social scientist discusses the mismanagement, malfeasance, and incompetence of the United States government, citing financial excesses, laws with unintended consequences, and scams by legislators intent on remaining in office. Original. Read More
From the New York Times bestselling author of The Government Racket, A Call for Revolution and The Tax Racket comes a scathing indictment of the dysfunctional federal government and its reckless disregard for the future of our country. The government of the United States is a juggernaut of mismanagement, malfeasance and incompetence. Despite the strong foundation laid down by the founding fathers, it is headed to extinction. From the Alternative Minimum Tax to Zip Codes, New York Times bestselling author Martin L. Gross outlines the programs that have exploded financially, the laws that had completely unintended consequences, and the scams perpetrated by legislators intent upon remaining in office no matter what the cost to the nation—and its citizens. Read Less

Goodreads reviews for National Suicide: How Washington Is Destroying the American Dream from A to Z

The End of Sanity: Social and Cultural Madness in America