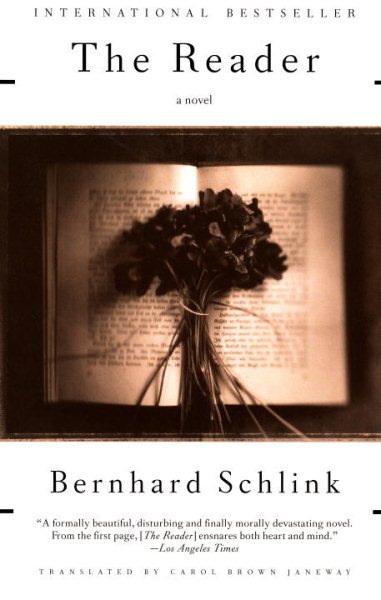 At the age of fifteen, Michael Berg falls in love with a woman who disappears, and while observing a trial as a law student years later, he is shocked to discover the same woman as the defendant in a horrible crime Read More
Hailed for its coiled eroticism and the moral claims it makes upon the reader, this mesmerizing novel is a story of love and secrets, horror and compassion, unfolding against the haunted landscape of postwar Germany.When he falls ill on his way home from school, fifteen-year-old Michael Berg is rescued by Hanna, a woman twice his age. In time she becomes his lover—then she inexplicably disappears. When Michael next sees her, he is a young law student, and she is on trial for a hideous crime. As he watches her refuse to defend her innocence, Michael gradually realizes that Hanna may be guarding a secret she considers more shameful than murder. Read Less

Goodreads reviews for The Reader

Guilt About the Past