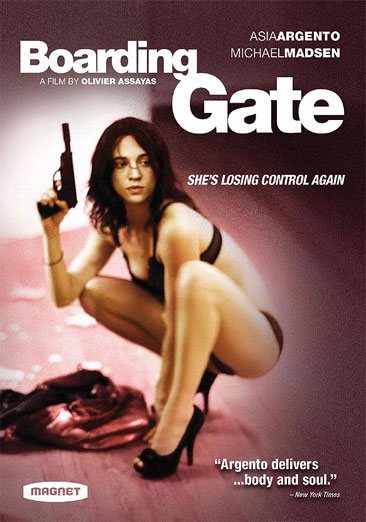 An ex-prostitute flees London for a fresh start in Hong Kong after a violent encounter with an ex-lover, but when she becomes involved with a young couple who promise to help her, she finds herself trapped in a game of manipulation. Read More
"The new film from acclaimed and adventurous French filmmaker Olivier Assayas, Boarding Gate is an erotic noir-thriller boasting an exciting international cast. Sexy ex-prostitute Sandra (Argento) is forced to flee London after a steamy encounter with a debt ridden ex-lover (Madsen) ends in violence. Fleeing to Hong Kong in search of a fresh start, she becomes involved with an attractive young couple, Lester (Ng) and Sue (Lin), who promise to help her obtain papers and money. But nothing turns out as expected for Sandra, and she finds herself trapped in a sordid game of manipulation." Read Less