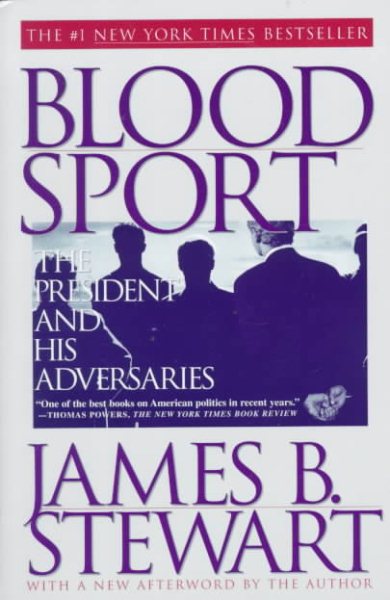 Discusses the truth about Whitewater, Vince Foster's suicide, and other White House scandals, explaining how these episodes have been exploited, White House reaction, and the future of the presidency Read More
Blood Sport is the explosive national bestseller that became front-page news by exposing the truth about the Clinton White House. With new revelations in this edition, Blood Sport is the definitive account of independent counsel Kenneth Starr's potentially historic investigation of a president and first lady.Informative and shocking, Blood Sport reveals the facts about Whitewater, Travelgate, Vince Foster's suicide, the independent counsel investigation, and the rumors of conspiracy and cover-up at the White House. Drawing on hundreds of interviews, Stewart provides an unprecedented close-up view of the Clintons as well as a telling portrait of how political combat is waged today. Read Less

Goodreads reviews for BLOOD SPORT: The President and His Adversaries

Blind Eye: The Terrifying Story Of A Doctor Who Got Away Wit...