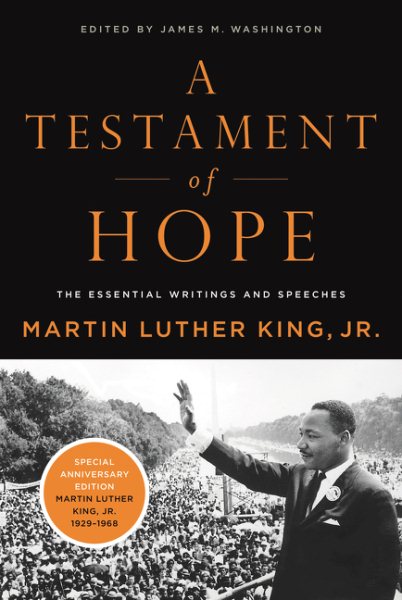 Collects the civil rights leader's writings on nonviolence, social policy, integration, black nationalism, and more Read More
"We've got some difficult days ahead," civil rights activist Martin Luther King, Jr., told a crowd gathered at Memphis's Clayborn Temple on April 3, 1968. "But it really doesn't matter to me now because I've been to the mountaintop. . . . And I've seen the promised land. I may not get there with you. But I want you to know tonight that we as a people will get to the promised land."These prophetic words, uttered the day before his assassination, challenged those he left behind to see that his "promised land" of racial equality became a reality; a reality to which King devoted the last twelve years of his life.These words and others are commemorated here in the only major one-volume collection of this seminal twentieth-century American prophet's writings, speeches, interviews, and autobiographical reflections. A Testament of Hope contains Martin Luther King, Jr.'s essential thoughts on nonviolence, social policy, integration, black nationalism, the ethics of love and hope, and more. Read Less

Goodreads reviews for A Testament of Hope: The Essential Writings and Speeches

Where Do We Go from Here: Chaos or Community? (King Legacy)

Why We Can't Wait (Signet Classics)