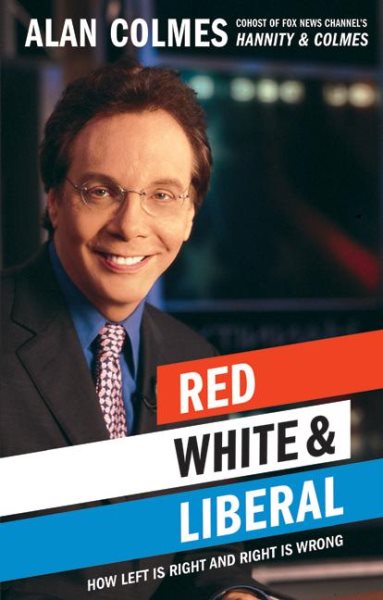 The co-host of Fox News Channel's Hannity & Colmes presents a critical analysis of conservative politics, the notion of a liberal media, the War on Terrorism, and the military campaign in Iraq, among other provocative issues confronting modern America, as he calls for a return to America's liberal roots. Reprint. 40,000 first printing. Read More
As one of the foremost liberal voices in television and radio today, Alan Colmes has long been braving the wilds of controversial issues and conservative slander. The host of the talk-radio show Fox News Live with Alan Colmes and cohost of Fox News Channel's hit debate show Hannity & Colmes, Colmes now offers this witty, passionate wake-up call to America.Colmes takes on the fundamental question: How can we protect our nation without diminishing our liberties, and regain our place in the world as an example of democracy? Colmes urges Americans to see past the government's manipulation of the War on Terror to silence critics; the lies we've been force-fed about the war in Iraq and Afghanistan; and the conservative smear campaign that has turned "liberal" into a four-letter word. From debunking the myth of the liberal media to exposing conservative hypocrisy, Colmes presents the issues with thoughtful, provocative arguments, hard facts and logic, and searing humor.Certain to spark debate and cause readers to reevaluate and reaffirm their beliefs, Red, White & Liberal powerfully argues that despite our differences, we must extend our hands across party lines to find solutions, protect our shores, and preserve our freedoms. Read Less

Goodreads reviews for Red, White & Liberal: How Left Is Right & Right Is Wrong

Red, White & Liberal: How Left Is Right & Right Is Wrong