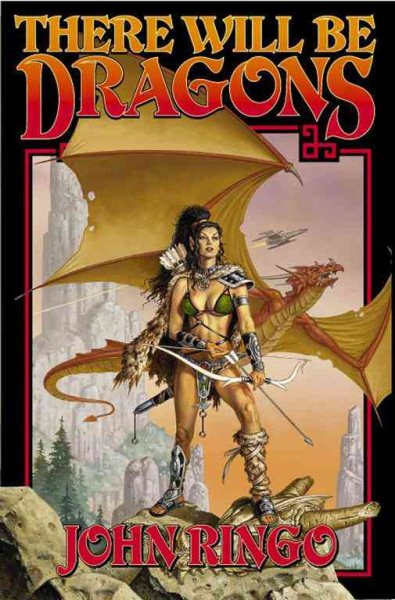 A utopian future world in which there is no disease, poverty, war, or ill-timed death is turned upside down when the council that controls the Net quarrels and goes to war, leaving survivors battling across an apocalyptic landscape. Read More
In the future there is no want, no war, no disease nor ill-timed death. Nannites heal the sick, replicators make the food and teleportation whisks anyone to any spot on the globe. Children are born in force-bubbles, play with mountains and grow up to power-surf across the face of the sea. Bodies are shaped like clay into whimsical fantasies of mer-people, dwarves, dragons and rays designed to plumb the depths of the oceans. Creatures are twisted into fantasy as well with giant house-cats as pets and flying feathered serpents. To wish is to have. Population has fallen, the world is a paradise and humans are gods.And then, in a moment, it ends. The council that controls the Net goes to war. With itself. Everywhere people who have never known a moment of want or pain are left wondering how to survive. And after long ages of being pent up by forces it could not match, weather is proving once again that it's a mother. However, scattered across the face of the earth there are communities for whom the Fall is survivable. With infinite luxury comes infinite boredom and some have returned to the natural life of soil and small farm. "Reenactors" create fantasies of a time when, and the time turns out to be now. In the village of Raven's Mill, Edmund Talbot, master smith and unassuming historian, finds that all the problems of the world are falling in his lap. Refugees are flooding in, fields are sogged, bandits are roaming the woods and, worst of all, Bast the Wood-Elf has turned up to "help." All this while his former lover and only daughter struggle through the Fallen landscape and enemies, new and old, gather like jackals around a wounded lion. But what the jackals do not know is that while old he may be, this lion is far from death. And hidden in the past is a mystery that has waited until this time to be revealed. All that is gold does not glitter. All that is fell does not show. And disguises are temporary things. You cross Edmund Talbot at your peril. Read Less

Goodreads reviews for There Will Be Dragons (Council Wars)

Unto the Breach (Paladin of Shadows, Book 4)