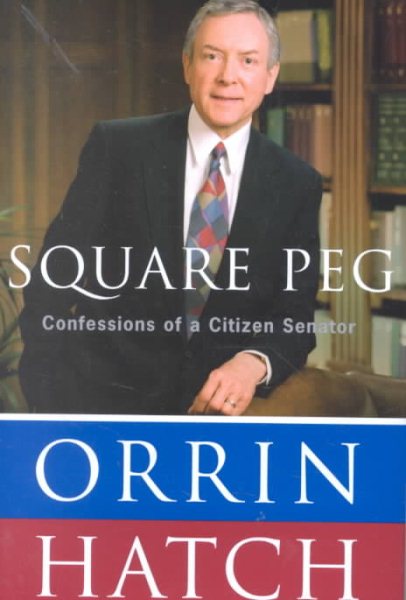 From one of the most famous politicians in America, a wise and startling book about the lessons he's learned in more than twenty-five years as a U.S. Senator Read More
From Square Peg:I had been a Senator only a few weeks when one night I noticed James Eastland walking toward me on the Senate floor. At the time, he was a titan, one of a small group of men who ruled their committees like lords in the Middle Ages. Their will was never challenged; their decisions were never questioned. Eastland was a chairman's chairman, a son of the South, a master of the rules and a man with an unshakable contempt for the foolish and, worse, the inexperienced."Hatch," he barked, "how about going to dinner?" "I'd be delighted," I said quickly, having no intention of refusing. I was the newest member of his committee and had the most to lose from his displeasure.…After we had ordered, Eastland fell silent. For twenty minutes, I said nothing, waiting for him to speak. He puffed on his cigar and worked on a large bowl of soup, the whole time glaring into the distance. I began to wonder if I'd made a mistake, if I wasn't supposed to be there. Suddenly Eastland looked over at me, his face in a snarl."Hatch," he snapped."Yes, sir?" "Do you think we can save this country?" "Oh, yes, sir," I said, bushy-tailed with enthusiasm."Bullshit," Eastland growled. Read Less

How His Glory Shines

Square Peg: Confessions of a Citizen-Senator