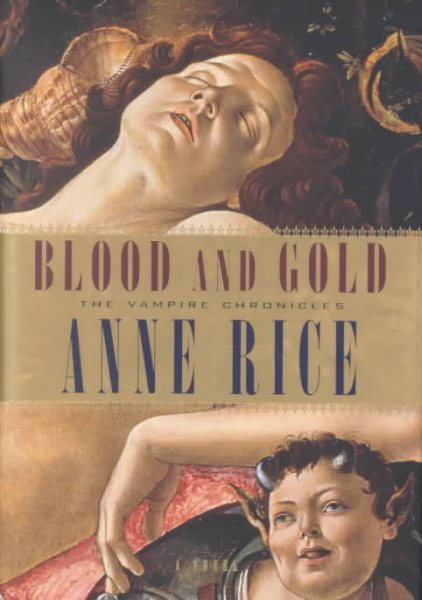 Marius, the former mentor to the vampire Lestat, tells his story, which begins in the ancient Roman Empire when he is made a "blood god" by the Druids and follows him through the darkest, bloodiest centuries of European history. Read More
NATIONAL BESTSELLER • The Vampire Chronicles continue as the great vampire Marius returns. The golden-haired Marius, true Child of the Millennia, once mentor to The Vampire Lestat, always and forever the conscientious foe of the Evil Doer, reveals in his own intense yet inti- mate voice the secrets of his two-thousand-year existence. Once a proud Senator in Imperial Rome, kidnapped and made a “blood god” by the Druids, Marius becomes the embittered protector of Akasha and Enkil, Queen and King of the vampires, in whom the core of the supernatural race resides. We follow him through his heartbreaking abandonment of the vampire Pandora. Through him we see the fall of pagan Rome to the Emperor Constantine and the horrific sack of the Eternal City itself at the hands of the Visigoths. Bravely, Marius seeks a new civilization in the midst of glittering Constantinople, only to meet with the blood drinker Eudoxia. We see him ultimately returning to his beloved Italy, where after the horrors of the Black Death, he is restored by the beauty of the Renaissance. We see him become a painter living dangerously yet happily among mortals, giving his heart to the great Botticelli, to the bewitching courtesan Bianca, and to the mysterious young apprentice Armand. Moving from Rome to Florence, Venice, and Dresden, and to the English castle of the secret scholarly order of the Talamasca, the novel reaches its dramatic finale in our own time, deep in the jungle where Marius, having told his life story, seeks some measure of justice from the oldest vampires in the world. Read Less

Christ the Lord: Road to Cana

Servant of the Bones (uncorrected proof)