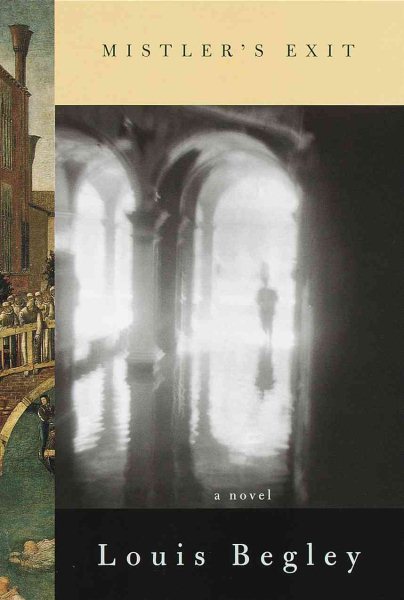 A sudden deadly illness forces a Madison Avenue tycoon out of the business world and into a reexamination of his life and the complexities of the heart and personal relationships during an odyssey to Venice Read More
Thomas Mistler has always thought himself "a happy man, as the world goes." A scion of old money, he made his own fortune in advertising and is now poised to sell the company he founded for a fabulous price. But when a medical examination reveals the presence in his liver of a fatal intruder, "preposterously, unmistakably, he begins to rejoice," with a feeling of having been set free. But free from what?He will seek the answer surreptitiously, without revealing his illness to his family, during a last reprieve, a moment of grace in "the one place on earth where nothing irritates him." But amidst the surreal beauties of Venice, he finds bitterness and chaos as he allows himself to drift for the first time. His halfhearted efforts to seize the day and its present pleasures - first with a striving young photographer and later with a love of his youth who never loved him - cannot compete with his need to commune with the living and the dead that crowd his life: his father and uncle, pillars of the Establishment, sources of the "genetic puritanism" he has never tried to resist; his son, Sam, whose love he has only barely salvaged; his wife, once perfectly "beautiful and suitable," now humiliated by him and half-scorned. And the one woman who embodies everything he might have wished for, a woman he "never had and never lost." Read Less