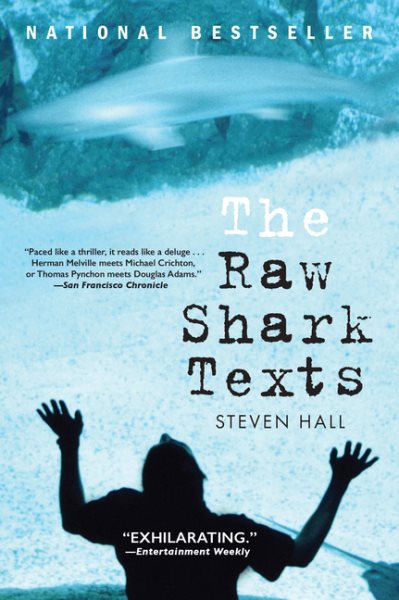 Waking up in an unfamiliar place, unable to remember who he is, and attacked by a force he cannot see, Eric Sanderson discovers he is being hunted by a psychic predatory shark that may exist only in his mind but soon starts making some very real appearances in his world. Read More
A thrillingly original novel published in thirty-three countries to worldwide acclaim, The New York Times Magazine called The Raw Shark Texts a genre-founding work of fiction.Eric Sanderson wakes up in a house he doesn’t recognize, unable to remember anything of his life. All he has left are his diary entries recalling Clio, a perfect love who died under mysterious circumstances, and a house that may contain the secrets to Eric’s prior life. But there may be more to this story, or it may be a different story altogether. With the help of allies found on the fringes of society, Eric embarks on an edge-of-your-seat journey to uncover the truth about himself and to escape the predatory forces that threaten to consume him. Moving with the pace of a superb thriller, The Raw Shark Texts has sparked the imaginations of readers around the world and is one of the most talked-about novels in years. Read Less

Goodreads reviews for The Raw Shark Texts: A Novel