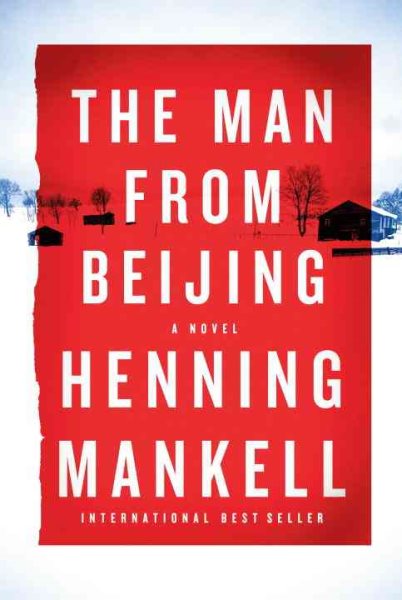 In the aftermath of the 2006 massacre of nineteen people in a Swedish village, Judge Birgitta Roslin, a granddaughter of two of the victims, discovers the nineteenth-century diary of a gang leader that reveals the case's eerie connections to the abuse ofChinese slave workers. Read More
The acclaimed author of the Kurt Wallander mysteries, writing at the height of his powers, now gives us an electrifying stand-alone global thriller.January 2006. In the Swedish hamlet of Hesjövallen, nineteen people have been massacred. The only clue is a red ribbon found at the scene. Judge Birgitta Roslin has particular reason to be shocked: Her grandparents, the Andréns, are among the victims, and Birgitta soon learns that an Andrén family in Nevada has also been murdered. She then discovers the nineteenth-century diary of an Andrén ancestor—a gang master on the American transcontinental railway—that describes brutal treatment of Chinese slave workers. The police insist that only a lunatic could have committed the Hesjövallen murders, but Birgitta is determined to uncover what she now suspects is a more complicated truth.The investigation leads to the highest echelons of power in present-day Beijing, and to Zimbabwe and Mozambique. But the narrative also takes us back 150 years into the depths of the slave trade between China and the United States—a history that will ensnare Birgitta as she draws ever closer to solving the Hesjövallen murders. Read Less

Goodreads reviews for The Man from Beijing

The Dogs Of Riga - A Kurt Wallander Mystery

The Man Who Smiled