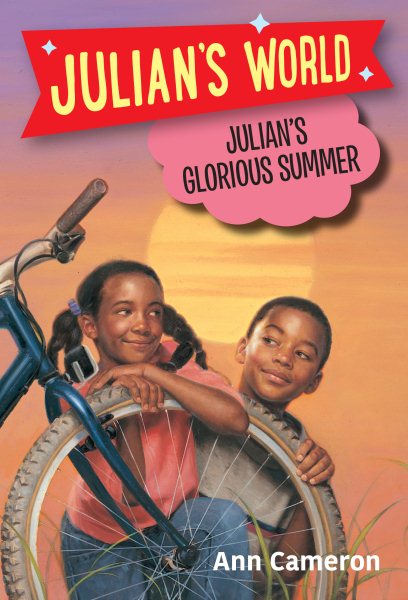 When his best friend, Gloria, receives a new bike, seven-year-old Julian spends the summer avoiding her because of his fear of bikes. Read More
Bestselling classic The Stories Julian Tells was just the beginning! Get ready for more of Julian's wonderful imagination in the Julian's World chapter book series!  Julian isn’t afraid of lions or tigers, but he is scared of . . . bicycles?   Julian’s friend Gloria has a brand-new bicycle. She makes riding it look easy, but Julian is scared. Bicycles are shiny, whizzing, wobbly things. And he’s not ready to ride one. But he can’t tell Gloria he’s scared, so he tells a fib instead. He almost gets away with it . . . until the fib backfires and he’s got an even bigger problem! "This is a perfectly constructed young reader, with neat turns in the plot, a loving family, and engaging dialogue." —Kirkus ReviewsA Library of Congress Children's Book of the Year Read Less

The Most Beautiful Place in the World