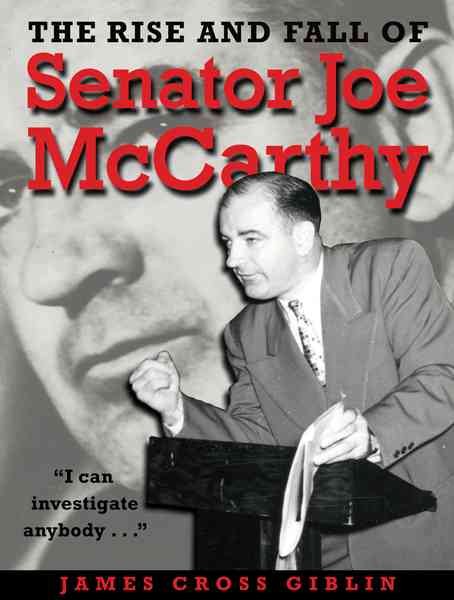 Documents the life of the politician whose name has become synonymous with modern day witch-hunting tactics, discussing the Cold War tensions that shaped his beliefs and the unconstitutional methods he used to further his ends. Read More
When Cold War tension was at its height, Joseph ("call me Joe") McCarthy conducted an anti-Communist crusade endorsed by millions of Americans, despite his unfair and unconstitutional methods. Award-winning writer James Cross Giblin tells the story of a man whose priorities centered on power and media attention and who stopped at nothing to obtain both. The strengths and weaknesses of the man and the system that permitted his rise are explored in this authoritative, lucid biography, which sets McCarthy's life against a teeming backdrop of world affairs and struggles between military and political rivals at home. Chapter notes, bibliography, index. Read Less

Goodreads reviews for The Rise and Fall of Senator Joe McCarthy

The Riddle of the Rosetta Stone