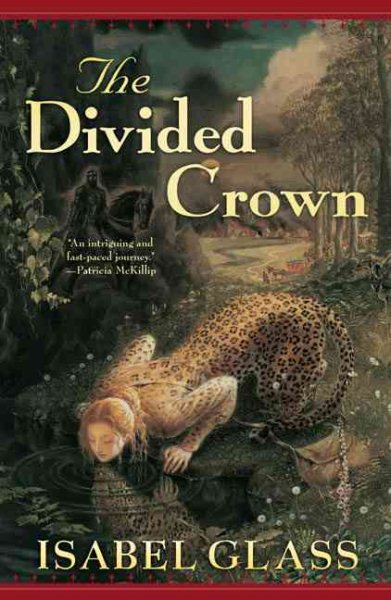 Having renounced her life with the royal court to marry the head of the College of Magicians, Lady Angarred Hashan is unexpectedly summoned to the side of fourteen-year-old king Jerret, who has fallen under the thumb of an ambitious lord who would place his own son on the throne. Read More
Lady Angarred Hashan is an unconventional noblewoman. Raised in exile by her embittered father, abandoned by her extremely unconventional mother, she has nevertheless risen to a position of high power in the Kingdom of Karededin. She and her husband, the magician Mathewar, were confidants of Queen Rodarren, though they chose to live far away from the capital city, at the College of Magicians. There Mathewar is the Master of the College and Angarred studies the Women's Magic of Transformations.But their absence meant that after Rodarren's unexpected death, her fourteen-year-old son, Jerret, was without their protection. He quickly fell under the influence of an ambitious and ruthless family from the far northern province of Ou, a place of wild magics and dangerous men.When young King Jerret calls Lady Angarred and Master Mathewar back to the Court, they are surprised and concerned. And their worry turns to fear when they see the city of Pergodi, and the castle itself, full of men and women whose minds have been bound and destroyed by some magical means. The Bound Folk are being created by the Haru family, and Jerret has been convinced that they are vital for the wars that the Harus want to fight and the mines that the Harus are managing for the crown.But Mathewar can see that Jerret himself is partly bound by some magical means. He and Angarred know that they must discover how the usurpers are controlling this magic, and whether the Bound Folk can be unbound and restored to themselves and their lives. The two set out on a quest for knowledge and power that will take them from one end of the world to the other, and deep into their own reserves of courage. Read Less

Goodreads reviews for The Divided Crown

The Wealth of Nations (Bantam Classics)