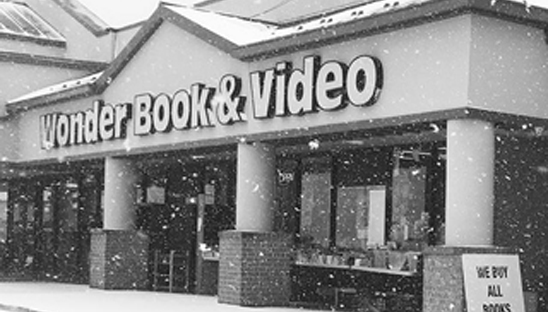 Definition: A stowaway is a person who hides in a ship, airplane, or other vehicle in order to make a journey secretly or without paying.

But there’s also a more romantic, benign meaning as well. Throughout literature people have stowed away in different ways to get to wonderful places or to people they could not otherwise.

A January 18, 2018 article by Laurie Gwen Shapiro in the New Yorker magazine reports on the stowaway craze in the early 20th century. One anecdote is about a teenage boy who swam out in the Hudson River and snuck aboard a ship headed for exploration in Antarctica. He made it too! (Read the article here.)

It was springtime in Frederick. The Vernal Equinox was upon us. So was the biggest snowstorm of the 2017-2018 winter.

Monday, March 19 had been a gorgeous day. I left work a little early and drove home to the mountain near where I live. I went to the top and crossed by foot about a half mile along the Catoctin’s rocky spine to the cliff that overlooks much of Frederick County.

Back home I inspected the early flowering bulbs with their array of electric colors. It was lovely.

The forecast of a snowstorm the next two days made no sense. It is just another forecasting goof I thought.

But Tuesday morning the temperature had dropped to 30. Sure enough the snow began falling—and sticking. By early afternoon people were asking to leave the Wonder Book warehouse early. The 3 stores called and asked if they could close early. The Frederick store—open 10-10 every day except Thanksgiving and Christmas asked to close at 5:30.

I headed home in the afternoon and found my driveway already had 6 inches of the white stuff on it.

I dragged the plow to the front of the big ATV and hooked it up— and began plowing for the first time since last winter. It was snowing hard and the flakes were hard and sharp. They stung my face and eyes as I pushed the snow speeding down the long steep drive on the mountain.

I got the drive cleared and backed the plow into the barn—in case I’d needed to plow my way out in the morning. Snow was already collecting on the driveway I’d just cleared.

I got calls at 4:30 and 5:30 from the alarm company for the stores’ “unscheduled early closings.” I gave them the secret code and told them it was all right.

I settled in for a quiet evening with a Gin Gibson—up very dry—in my right hand and the TV remote in the other. I don’t watch much TV, but I wanted to watch some of the Chelsea-Leicester FA Cup soccer replay, and then I put on a DVD of the old black and white British TV series: Danger Man. This series stars Patrick McGoohan as the James Bond-ish John Drake. “Drake. John Drake.” Ian Fleming worked on the series development. It ran from 1960-1962. The first James Bond came out in 1962. The series evolved into the Secret Agent series and then the iconic The Prisoner series. McGoohan continues as Drake in all of them. The Prisoner has always had a large cult following. On a trip to Wales I made sure to visit Portmeiron—the town of exotic fantasy folly buildings constructed by a wealthy eccentric—where The Prisoner series was based.

I was quite settled—comfy in my cozy corner—when my phone chimed. (My ring tone is cathedral bells.) The caller ID read “ALAAR”—I’d misspelled “alarm” when I was first programming my phone MANY years ago, and I have never corrected it.

Weird, I better take it.

“We have a burglar alarm at the Frederick location.”

The snow was now driving down outside in large flakes. I couldn’t see 50 feet. Plus, it was getting dark.

Jeez! I can’t get down there now…well, maybe down there but likely not back up.

“Should we dispatch the police?” I was asked.

“Do you think someone is in there?”

“We can’t tell but apparently a door has been breached.

Was it left unlocked? Did it blow open? Better safe than sorry.

“I guess so. I hate to bring them out in weather like this.”

I reached out to the store manager to see if we still had an assistant manager that was close enough to walk in and lock the door.

Soon I got a couple texts and calls and was told that a regular customer had been in the store for over an hour and a half AFTER it had closed.

Upon letting himself out the alarms were triggered.

This was a first as far as I can recall. The stores have a set closing procedure where they announce the number of minutes until closing several times. The closing manager does a walk through inspection. Then the closing staff all leave at the same time after turning the lights off. (There are a number of lights that stay on for security reasons.) We’ve turned the lights off on customers and employees who had missed the message. We’d hear a “Hey!” yelled from somewhere in the darkened stacks but we’d never actually locked anyone in.

An Assistant got there and identified the customer as a regular and the police let him go. An inspection of the store showed nothing untoward.

I sat back and pondered the dreams of long ago. When I was a kid, I always dreamed of a place full of books where I could wander about uninterrupted—undistracted by anyone or anything else.

I bet some of you reading this wouldn’t mind being locked in a Wonder Book overnight by yourself. Maybe we should raffle that opportunity off for a deserving Biblio-Charity?

Nowadays, I get to spend many delightful weekends playing with books in the Wonder Book warehouse alone. But the humans always return on Monday

I guess I got my dream…at least some days.

There’s an old, old Twilight Zone episode, Time Enough at Last, where Burgess Meredith plays a bookworm who works in a library. He wears thick coke bottle bottom like eyeglasses. His only desire is to read…and read…and read… His dream is constantly interrupted by people—his spouse, boss, pesky library visitors… Then there’s a nuclear apocalypse and somehow he is the only survivor. He makes his way to the large library. Books are stacked everywhere and there’s not another soul around. At last he can read forever with no one to interrupt but then… (I don’t want to give away the ending—scroll down to the bottom is if you want to see the spoiler.)

I thought about our stowaway. Was he so absorbed in a book he didn’t hear the announcements? Was he seated under one of the lights that remains on and so was unaware the store had darkened? Or had he just dozed off seated on a stool in some corner with his back against a bookcase?

I’ll try to find out. I’ve asked the manager to ask him what happened when he comes in again.

Then the thought came to me, I’m stuck up here in my house of books. Stowed away unable to leave. I turned off the TV and walked around reading titles on the shelves. I pulled a few off and took them to bed. I took a little lone journey that only books can transport you on while the storm raged outside.

Then next morning it was still snowing. I thought about staying trapped and continuing the journey at home but decided to plow my way out and make my way to the empty dark warehouse filled with millions of books.

What happened to the happy librarian?

When he bends over the irreplaceable eyeglasses slip from his nose and fall to the ground. When he picks them up he sees the lenses are shattered. He has all the time in the world to read but is virtually blind now. 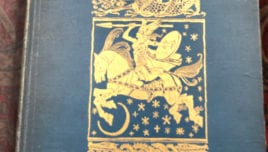 "I wish we'd had children," Priscilla whispered. Her voice choked a bit on the words. A lone tear spilled from the corner of her eye... END_OF_DOCUMENT_TOKEN_TO_BE_REPLACED