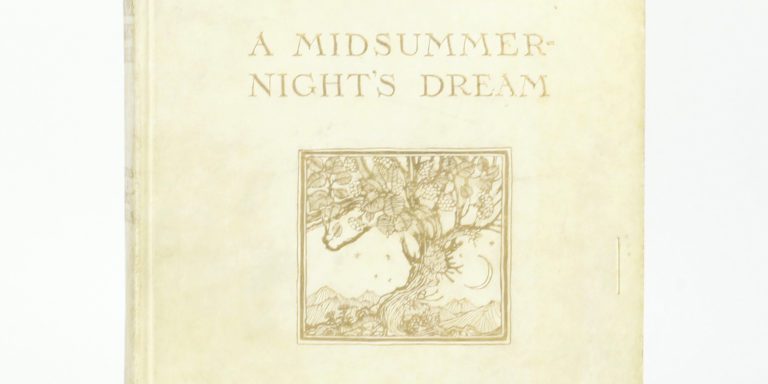 Life returned to normal in the bookshop.

As normal as ever was in the magical place.

Books would still drop off shelves, often leaving a message to whoever found it. Much Ado About Nothing fell at Annirosa’s feet one day. She took it to mean that the crotchety guy who was threatening to complain to the Bookseller’s Guild that a book he bought was not as described was just blowing smoke. Mathilda texted that she had cataloged it and recalled it was perfect.

“Offer him his money back. He will not accept that. He is just angling for a discount. He will never see as nice copy anywhere.”

Picking up the Shakespeare play, Annirosa was inspired to send an email to the man, restating Mathilda’s assertions—leaving out the bit about the guy trying to defraud the shop.

“Bring it back, and as long as it is in the same condition it left in, we will refund you fully. I will even extend you an offer of 20% off any book in the store’s general stock.”

The reply, “All right, I’ll keep the bloody thing. Can I still get the discount?”

“If you are sure you wish to keep it. The owner has told me he would be glad to have that book back. He could treble its value, as several institutions were desperate for a copy. A Pulitzer Prize winning reviewer has recently stated, ‘this book is a watershed moment in the history of books about bookselling.’ Yes. I will gladly offer you 20% off any books in the general stock. The offer expires 3 Fridays from today.”

She didn’t add, “We are desperately overstocked and need to make space.”

When Annirosa brought the slim volume to the counter and explained things to Mathilda, the cat chuckled. (A cat’s “chuckle” is somewhere between a sneeze and the sound she would make blowing bird feathers from her maw.)

Annirosa received a text from the store’s cell phone. It was from Mathilda.

One of the saddest occasions was when Paradise Lost fell at the bookseller’s feet. That was the day he and Priscilla received the news of her terminal diagnosis. The bookseller deeply resented the ring and the Muse interfering in his personal life at the time. But for all the anger, he was glad they found out early enough that the last months could be spent with special attention to one another.

The days passed, and the bookseller’s one night disappearance became yet another bit of shop lore, weird history in the bookshop.

Spring was aging into summer. Most days were warm and getting warmer.

People came in and bought.

Many more books came in than went out.

The bookseller turned more and more of the daily operations to Annirosa, who worked under Mathilda’s supervision.

He would go into his office and sit. When he wasn’t staring up at the ring hanging above the desk, he was staring at the wall at something far, far away.

Setanta? He would squeeze in between the bookseller and the office door as it was being pulled closed. Then he would flop onto the floor and stare up at the man who was staring with the faraway look in his eyes.

Dogs can sense when something is wrong. He would sometimes softly whine and slip forward a bit and rest his jowls on the man’s foot.

The bookseller would absentmindedly reach down and squeeze the skin on the beast’s neck.

“Is this it, Setanta? Am I being called home?”

The dog let out a barely perceptible whine.

“What else could it be? If I read the ending of my own story in her library… would I die? Oh, but what a collection, Setanta. All the books in the world. Perhaps the universe. You should have seen it! A Universal Library! Was it? Did Borges visit there? Was he saved by his blindness? Or did the sight of that endless book collection cause him to lose his sight?”

They both remained silent for a long time.

Then the day was ending. He heard the bumping of things outside the doors. Things being put away. Drawers opened and closed. Footsteps. The front door being locked.

The sun moving down cast a ray through an office window. It hit the ring, and the reflection seemed multiplied. It made him blink and turn away. He saw the bottle atop the cabinet next to the desk.

He rose and reached for the lone tumbler next to the bottle. He looked into it. A dead stink bug. He shook it out into the wastebasket and used his untucked shirttail to wipe it clean. It was luck the bug made it in. The steel cylinder was filled to overflowing.

“What a mess. I can’t do anything right.”

He poured two full fingers of the rare stuff.

‘Do I have 3 or 5 or 7 bottles left in the wine cellar?’ he mused silently. ‘You can’t buy it except from that pirate down in Bushwick. He wants five hundred a bottle!’

He took a sip, and the warm stuff filled his palate with magical vapors. Then it gently warmed him, moving down his throat.

‘Ahhhh… life is good,’ he thought. ‘Life… kinda strange being alone for so long now. Well, I am used to it. Me. The books. A woman with fairy ears—I am not disparaging. Annirosa has pointy ears, though she tries to keep them under wraps. And a cat! A cat! My bookshop manager is a cat! And a damn good bookshop manager she is! And a dog! A dog. Maybe more wolf than dog. Looks like a cross between a dire wolf and some ancient enormous prototypical Irish wolfhound. Only with red hair. A giant ginger hound who can stock books on the top shelves with his mouth and get not a bit of drool on a one. Good security too. A little growl, and the craziest customer is silenced into becoming gentle as a Pooh doll.’

‘All happy families are alike,’ he thought, quoting the Russian novelist. ‘Not true, Leo Ilynvinvich—or whatever Tolstoy’s name was. You never dreamed of a happy family like this one!’

He took another sip.

‘What is the succession plan here? Annirosa? I get the feeling she will leave to take graduate courses in “Moldavian Craft Bindings of the 17th century—focusing on lambskin.’

He chuckled, careful not to let any of the rare spirit spray.

‘I’m tired. Maybe it’s just a phase. The next great collection that drops, and I will rise to it like a rainbow trout to a mayfly.’

He reached up and pulled the ring off its pin. He rolled it round and round between his thumb and forefinger.

‘What will happen to this when I’m gone? Not the ring. It will take care of itself. The business. All the years of work.’

He rolled it back and forth.

He took another sip. The tumbler was drained. He poured another two fingers in.

“It’s Friday. Who cares?” he whispered.

“I work Saturday anyway! I work every day,” he groused.

Setanta whined painfully. He rose and pushed his head against the bookseller’s ribs. The dog didn’t need to stretch to do that. The bookseller rubbed the dog behind his ears. Setanta let out a painful whine as if pleading, “Don’t go…”

“Avalon, Setanta. Avalon! How cool is that?”

He held the ring up before his eyes and rolled it round and round between his forefinger and thumb.

The dog let out a loud baleful yowl as if he was howling at the moon.

“Annirosa can run the place with you and Mathilda. And if she needs to ‘fly off’, I’m sure she would find someone in her network of… special people… to fill in. Maybe Althea would come back if I was gone. I wonder if I’m the reason she has stayed away. She could bring the Snallygaster with her, as long as it remained invisible… and quiet.”

He was speaking rapidly. Too excited for rational thought.

There was a rattling of the locked door to his office.

“Let us in!” Annirosa called.

Mathilda wailed as only a feline can.

Annirosa began banging on the door.

“I don’t know when I’ll be back, Setanta. Maybe never. Take care of the books. They aren’t dead things, as you well know. Well, I know you will.” He was puffing, nearly hyperventilating. “I know I’m leaving them in good hands.”

He rushed to his desk and placed his hand on the vellum copy of A Midsummer’s Night Dream.

Setanta went to the door and turned the knob with his mouth. Annirosa nearly fell into the room. Mathilda sidled in and looked around. Then she looked up at the wall above the desk. The ring and the bookseller were gone.

“I hope he does not get hurt. Messing about with fairy queens and muses is risky. What appears fair may be foul. Did he say where he was going, Setanta?”

The dog whined a bit, and a little puddle of drool formed on the floor. Using his paw, he dragged the slobber across the tile and spelled, “Avalon.”

“Arganta! She has never… to a human… I have to reach Barbara! And Althea! And we cannot close the bookstore tonight! There is work to be done. The game is afoot!”

Mathilda growled and leapt up on the five-foot bookcase in front of the window. She stretched out her paw and turned the paperboard sign, which hung on a string from Closed to Open.

“Yes. He hates to close. I will go outside and make some calls.”

A regular customer came in a few minutes later.

“Is anyone here? Annirosa is out in the parking talking to the sky. Where’s the bookseller? I found this incunabulum in one of those Little Free Libraries, and I want to see what he would pay me.”

The cat and dog just stared at him dispassionately. 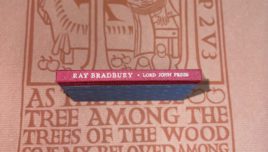 The week between Christmas and New Year's Day is always a strange period. The kids are out of school... END_OF_DOCUMENT_TOKEN_TO_BE_REPLACED