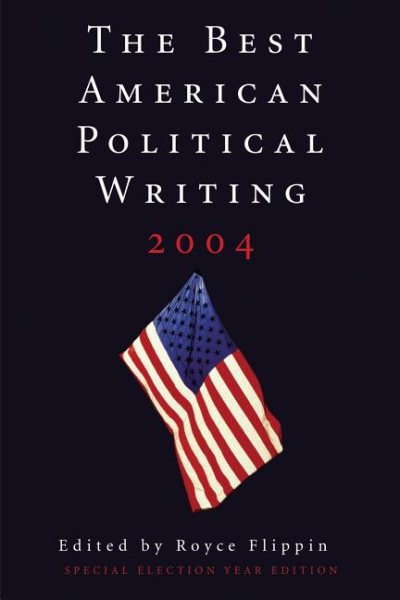 America's top political reporters and columnists on the biggest stories of the past year. Read More
The Best American Political Writing 2004 preserves the most incisive, controversial, and entertaining writing about the notable events and people of 2003 and the first half of 2004. The past twelve months have provided no shortage of topics for heated political conversation. From Saddam's capture to Arnold's victory in the California recall election; from the controversy over Iraq's weapons of mass destruction to the contest for the Democratic presidential nomination, 2004 provided an excess of political fodder for commentary from all sides. Selections from the country's finest political writers, including Al Franken, Ron Suskind, Jonathan Chait, Jeffrey Toobin, George Will, Paul Krugman, George Packer, Charles Krauthammer, William Safire, Molly Ivins, Franklin Foer, Spencer Ackerman, Robert Kagan, Bill Kristol, and many others can be found in this volume. Gathering the best writings from the nation's leading publications, including the New York Times, Washington Post, The New Yorker, The Nation, Atlantic Monthly, New Republic, Weekly Standard, Foreign Affairs, Vanity Fair and Salon.com, as well as from think tanks such as the American Enterprise Institute and the Brookings Institution, Flippin culls the best writing on the year's most talked-about topics. Read Less